Election Results: At 25, BJD Lawmaker Is Youngest Member Of Parliament

Chandrani Murmu was pitted against two-time MP from BJP Ananta Nayak, who was defeated by a margin of 66,203 votes. 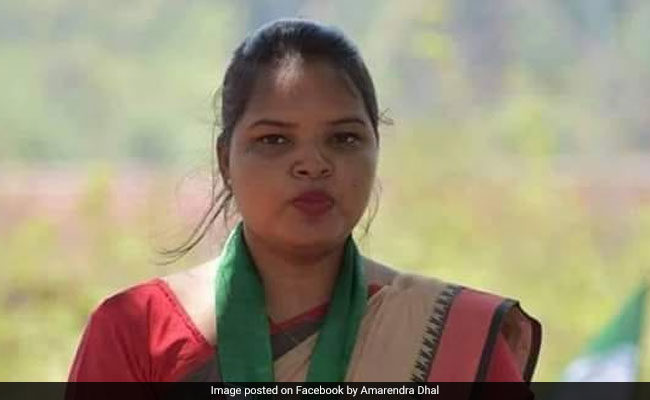 In a first, a 25-year-old engineering graduate from Odisha has become the youngest Member of Parliament to the 17th Lok Sabha. Chandrani Murmu represents tribal-dominated Keonjhar.

She was elected as BJD candidate from the Keonjhar seat. Chandrani Murmu is 25 years, 11 months and nine days old.

Chandrani, a greenhorn in politics, reportedly says she would like to come up to the expectations pinned on her by the youth and women besides the tribals in her region. She is clear on developing a mechanism to accelerate the delivery of results, instead of making tall promises that cannot be kept.

Speaking to the media, Chandrani Murmu said her major focus was on generating employment in her region, and that she would not leave any stone unturned to accelerate setting up of new industries.

"It is unfortunate that employment crisis is high in a mineral-rich district like Keonjhar. I would represent the youth and women of my state at the Centre," she said.

Chandrani Murmu was pitted against two-time MP from BJP Ananta Nayak, who was defeated by a margin of 66,203 votes.

Ms Murmu said she was looking for a job after finishing mechanical engineering, but landed up being a Lok Sabha candidate.

The Keonjhar Lok Sabha constituency has sent non-Congress MPs nine times to Parliament. The Congress had won the seat six times, the last in 1996 and BJP won thrice when in alliance with BJD from 1998 to 2004.

The seat witnessed a two-corner fight in this election.