Lok Sabha Election 2019: TMC national spokesperson and Rajya Sabha member Derek O'Brien raised the issue of the central forces with the EC and demanded that the poll body take action, the sources said. 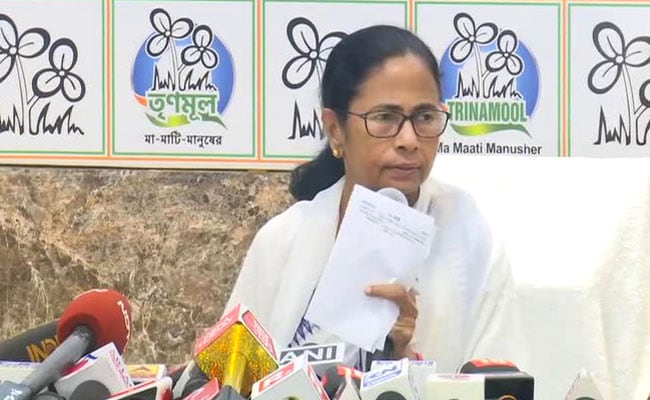 Questioning the BJP demand for deployment of central forces in West Bengal till the Model Code of Conduct is in place, an upset Trinamool Congress on Tuesday asked the Election Commission "if Emergency has been declared" in the state, sources said.

A delegation of opposition leaders met the EC and demanded verification of VVPAT slips of randomly-selected polling stations before the counting of the votes polled in the just-concluded Lok Sabha election begins on May 23.

TMC's national spokesperson and Rajya Sabha member Derek O'Brien raised the issue of the central forces with the EC and demanded that the poll body take action, the sources said.

"BJP's minister announced that central forces will be in Bengal for one week more. Has Emergency been declared by the BJP in Bengal? BJP-RSS members disguised as central forces are torturing citizens. Why special rules for Bengal. This is unacceptable," Mr O'Brien was quoted to have told the EC.

Addressing a press conference on May 19, Defence Minister Nirmala Sitharaman had said that the BJP was concerned that voters were being intimidated and genuine voters were not being allowed to cast their votes.

"To address these issues, BJP demands that the central security forces be deployed in the state till the Model Code of Conduct is in force," Ms Sitharaman had said.

Sources said that some central forces would have normally stayed in the state till the counting of votes on May 23. The MCC is applicable till May 25.