Election results will be declared on May 23 evening or morning May 24, said an Election Commission Officer. 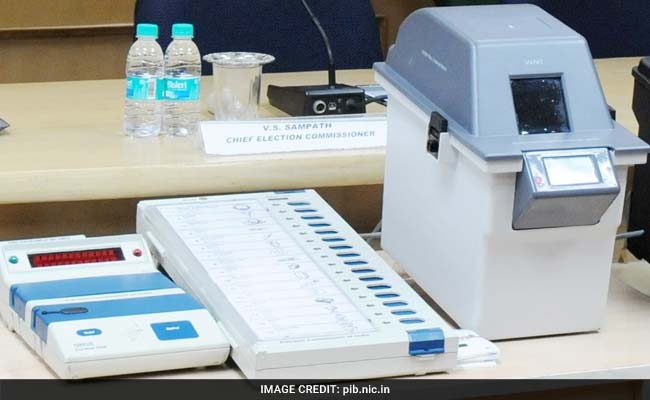 The Lok Sabha election results are expected to get delayed by four hours on May 23 or may be declared by morning of May 24, an election officer said after the court increased voter-verified paper audit trail or VVPAT count to five - instead of one - in every assembly segment for general election 2019. The VVPAT system, which is being used for the first time in a general election, enables Electronic Voting Machines or EVMs to record each vote by generating a slip.

Sudeep Jain, Deputy Election Commissioner, who is in-charge of the VVPATs, told NDTV, "On an average, counting of votes using one VVPAT takes about an hour. Earlier we were counting one VVPAT, now we are adding four more, which would mean additional four hours. So the results will be out by the evening or latest by May 24 morning."

"EVMs and VVPATs are perfect and we have no doubt they are tamper-proof," he added.

Twenty one opposition parties had asked for counting of at least 25 per cent EVM paper trail machines, but during a hearing on April 8, the Election Commission had rejected the petition saying the results of the Lok Sabha election could be delayed by five days if 50 per cent of voter-verifiable paper trail or VVPAT machines in every assembly segment were counted.

The Supreme Court had told the election body to increase the number of VVPAT machines from one to just five, so the delay would be marginal.