Results 2019: The leader, who calls PM Modi his friend, tweeted messages in Hebrew and Hindi and vowed to strengthen the friendship between the two countries. 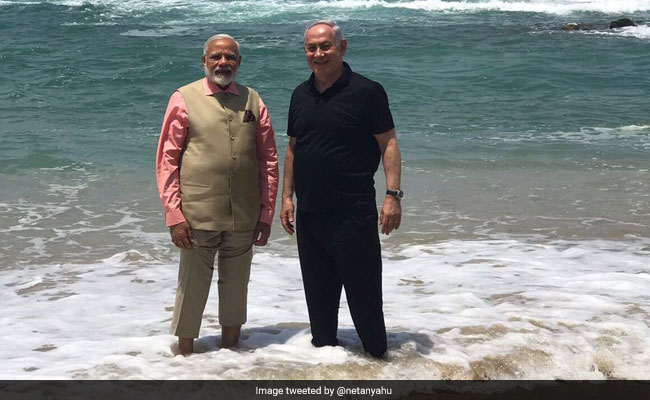 Prime Minister Narendra Modi, who led his party to a stellar win in Lok Sabha elections, has received a congratulatory message from Israel Prime Minister Benjamin Netanyahu. The leader, who calls PM Modi his friend, tweeted messages in Hebrew and Hindi and vowed to strengthen the friendship between the two countries.

"Mr friend Narendra Modi, a hearty congratulations to you for the impressive electoral win. These results are testament to your able leadership in the largest economy of the world. We will continue strengthen the deep friendship between India and Israel. Well done, my friend," he tweeted.

Prime Minister Narendra Modi's BJP has crossed the halfway mark on its own steam and leads showed a NDA sweep in the national elections within two hours of counting of votes. The BJP is doing well in most states, including the three heartland states of Rajasthan, Madhya Pradesh and Chhattisgarh, wrested by the Congress in December. It is also ahead in Karnataka - a state the Congress rules jointly with HD Kumaraswamy.

In 2014, the party won 282 seats, the NDA had won 336. It was the first time in more than three decades that a single party won majority on its own.