Of the 867 candidates contesting in Maharashtra, 80 were women. Prominent political parties had fielded only 11 women, of which eight won. 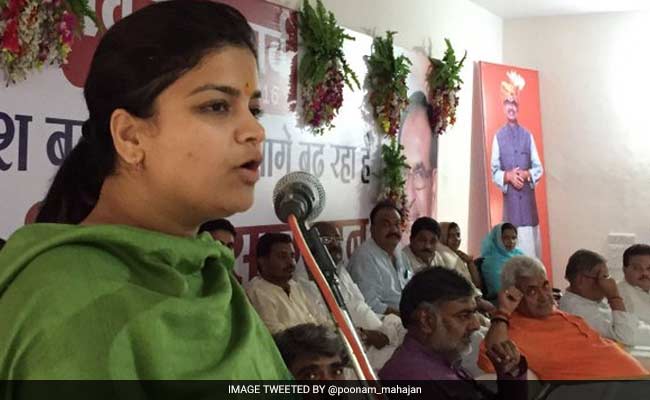 All winners, including Poonam Mahajan, are from political families. (File)

Eight women, more than half of them from the BJP, have made it to the 17th Lok Sabha from Maharashtra, which sends 48 lawmakers to the lower house of parliament, the second highest after Uttar Pradesh.

Ms Sule retained her seat for the third consecutive time with a margin of 1,55,774 votes. Gawli also held on to Yavatmal-Washim for the fifth time, defeating Congress leader Manikrao Thakre by a margin of 1,17,939 votes.

Navnit Rana, the wife of independent MLA Ravi Rana, is the first-time winner. She defeated Shiv Sena veteran Anand Adsul by a margin of 36,951 votes in Amravati.

Navnit Rana was an independent candidate backed by the NCP. Ravi Rana has been supporting the Devendra Fadnavis-led BJP government since 2014.

Ms Pawar won from Dindori by a margin of 1,98,779 votes. She had contested from the same seat as the NCP nominee in 2014 and lost to Harishchandra Chavan of the BJP.

Ms Pawar joined the BJP ahead of the Lok Sabha polls and the party fielded her from Dindori, replacing its sitting MP Chavan.

Of the 867 candidates contesting in Maharashtra, 80 were women. Prominent political parties had fielded only 11 women, of which eight won. Interestingly, all eight belong to political families.

Ms Sule is the daughter of NCP chief Sharad Pawar.

Khadse is the daughter-in-law of BJP leader Eknath Khadse. Gavit is the daughter of Vijaykumar Gavit, a former minister in the Congress-NCP government.

Bharati Pawar is the daughter-in-law of former NCP leader the late A T Pawar.