Election Results 2019: Despite the huge mandate in Tamil Nadu, however, the party that was eyeing a bigger role at the centre has fewer reasons to celebrate because of a poor show by ally Congress across the nation.

It's a sweet and sour victory for the DMK which has swept Tamil Nadu in the national elections. Party chief MK Stalin, who faced his first major electoral test after his father and party patriarch M Karunanidhi's death last year, proved his leadership delivering a spectacular win for the DMK-led front which has claimed victory in 37 of 38 parliamentary seats in the state.

Despite the huge mandate in Tamil Nadu, however, the party that was eyeing a bigger role at the centre has fewer reasons to celebrate because of a poor show by ally Congress across the nation.

In the state bye-elections, the party has set a new record winning 13 of 22 seats. The win breaks the perception that only the "ruling party wins the bye-polls". But the party missed the opportunity to capture power as it is still short of eight seats to elevate MK Stalin, Leader of Opposition in the state assembly, to the Chief Minister's chair.

The party had to win 21 of 22 seats that voted in the bye-elections, mandated after the disqualification of legislators of the ruling AIADMK party. 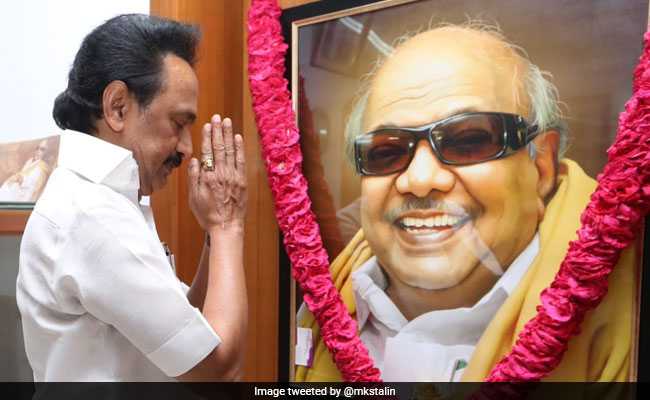 The AIADMK government, which has a strength of 113 lawmakers minus the speaker in the 234-member state assembly, needed four more seats to reach the 118-mark. It won in nine constituencies.

Some in the DMK see this twin victory as a referendum on the E Palaniswami-government and say it's a reason enough to demand the resignation from the minister of the state government. However, AIADMK leaders say the demand is "unconstitutional".

AIADMK Rajya Sabha MP A Navaneethakrishnan said: "This isn't a referendum. We won nine seats in the bye-polls. So, people have voted for us too." The AIADMK, that partnered with the BJP for national elections, has managed to win just one Lok Sabha seat.

For DMK chief MK Stalin, this was the first major electoral challenge after he lost his father M Karunanidhi, the party patriarch and five-time Tamil Nadu Chief Minister. He thanked the people of Tamil Nadu for the "resounding victory" on Thursday.

"We accept with folded hands the huge victory people of Tamilnadu have given us. We will live up to their trust and be their voice for their rights," he tweeted.

With folded hands, we accept the resounding victory given to the DMK alliance by the people of Tamil Nadu. During the next five years, we will work hard to fulfill the promises made and protect the interest of our state!

I congratulate Prime Minister Narendra Modi on his victory. We hope and wish he will provide a progressive government based on the principles of democracy and inclusivity.

MK Stalin singlehandedly toured the state and led the election campaign with tailor-made programme to interact with people at grassroots.

We Get A Sense The World Is With Us In COVID-19 Travail: S Jaishankar