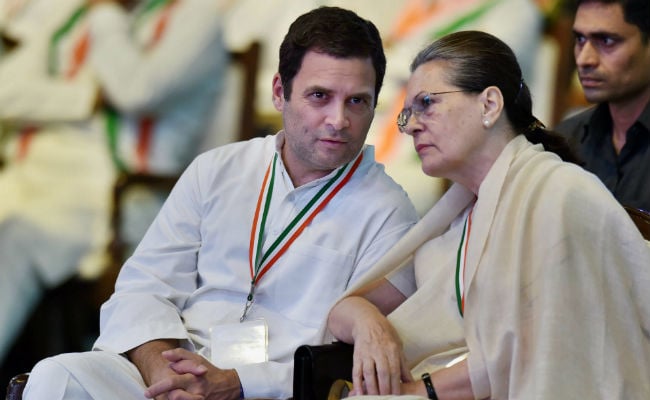 As the Congress galloped ahead in two states and put up an impressive fight in a third in state elections dubbed as the semi-final ahead of the 2019 national polls, its top two cheered but kept fingers firmly crossed.

NDTV asked whether these state election results could be called a referendum on Prime Minister Narendra Modi and his BJP-led government of four-and-a-half years. "We will wait for the final results," said Rahul Gandhi, refusing to comment.

A smiling Sonia Gandhi pointed at her son and said he had worked hard and had led the party in the polls. 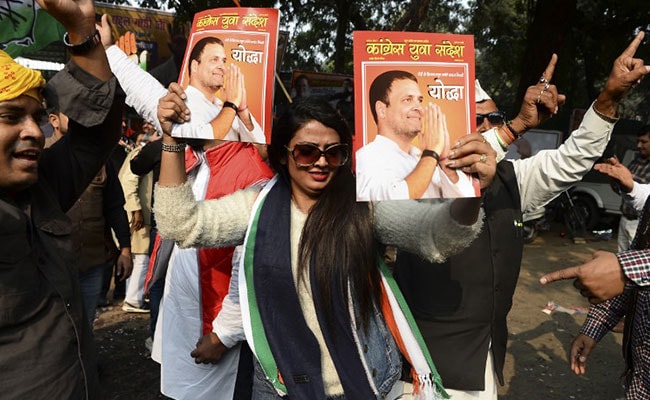 The Congress is set to lose Mizoram while in Telangana, the ruling Telangana Rashtra Samithi is expected to win by a landslide. But the party was upbeat over the other three states.

Though its leaders remained cautious, party workers burnt firecrackers outside the state headquarters -- rare celebrations for the party on a counting day, as a leader admitted.

Taking a cue from Sonia Gandhi, Congress leaders credited their chief, who has not presided over many victories since he took on a more proactive role in the party, first as vice president and then as president.

Along with its victories, the Congress faces the huge challenge of choosing between its leaders in Madhya Pradesh and Rajasthan amid infighting that had been kept at bay until now.