Bhushan Kumar said the Election Commission has been holding discussions with all the stake-holders on the issue of misuse of social media during elections. 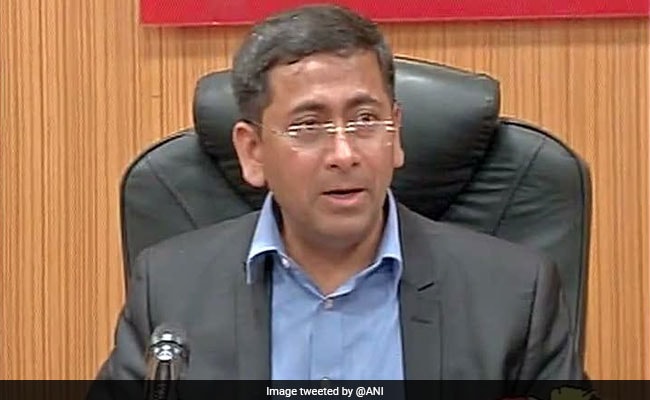 Social media misuse is a global issue and various countries are trying to tackle it, says Bhushan Kumar.

Addressing a press conference, Mr Kumar said the Election Commission has been holding discussions with all the stake-holders on this issue.

"A blue print is being prepared to prevent misuse of the social media during elections. The poll body will issue appropriate directions in this regard in the coming days," he said.

Chandra Bhushan Kumar said a committee already exists within the Election Commission on this issue. "The discussions with the stake-holders on this topic (about misuse of social media during elections) are going on. The EC will issue appropriate instructions on the basis of the outcome of this process," the deputy election commissioner said.

He said social media "misuse" is a global issue and various countries are trying their best to tackle it. "We will share it (the blueprint) with you (media) when our plan in this regard is ready," he said.

On the demand raised by some Opposition parties for usage of ballot papers instead of EVMs in future polls, Mr Kumar said the EC is always ready to address doubts, if any, of political parties about EVMs.

The deputy commissioner said voters can see which candidate they have voted for through the Voter-Verifiable Paper Audit Trail (VVPAT).

On the question of allegations by opposition parties in Madhya Pradesh about bungling in the voters list, he said necessary corrections were made in the electoral rolls from time to time.

The deputy commissioner assured that the elections will be held with an error-free voter list.

The Congress had alleged irregularities in electoral rolls in Madhya Pradesh. The party had claimed that around 60 lakh voters registered in the voting list of the state are fake.

However, the Election Commission in June this year rejected Congress allegations of large-scale discrepancies in the voters list, saying field verifications showed that such charges were not borne out.