Lokmanya Tilak Express Accident: All those injured were admitted to a nearby hospital and they are said to be out of danger, officials said. 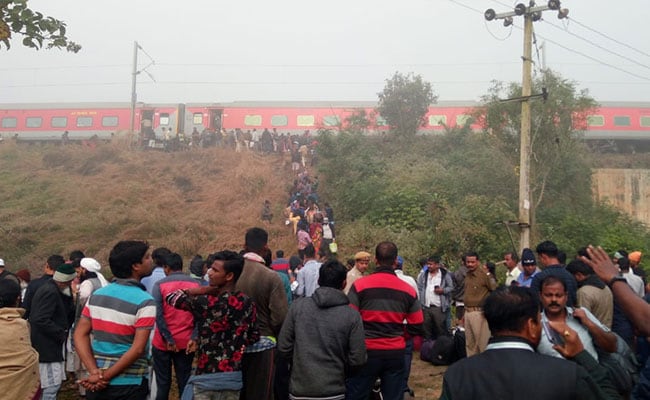 Lokmanya Tilak Express train accident was reported at around 7 am today.

Fifteen people were injured when Mumbai-Bhubaneswar Lokmanya Tilak Express hit a goods train near Cuttack in Odisha this morning and eight of its coaches derailed. Heavy fog may have led to the accident that was reported at around 7 am.

Visuals showed injured passengers being taken to ambulances as the train stopped between Salagaon and Nergundi stations after the collision. A lot of passengers were also seen de-boarding the train with their luggage amid chaos.

All those injured were admitted to a nearby hospital and they are said to be out of danger, officials said. "Four people suffered serious injuries and 11 had minor injuries. Those with serious injuries have been sent to the Cuttack Medical College. All passengers have been evacuated from the site. No loss of life has been reported so far," an official said.

Buses were arranged for the remaining passengers to complete their journey, he added.

Helpline numbers have been issued by the East Coast Railway zone