Eggs Thrown At Odisha Minister, MLA On The Way To Meet Chief Minister

Both of them faced the ire of the activists of the opposition parties while they were on their way to attend Chief Minister Naveen Patnaik's meeting at Bijepur in Bargarh district. 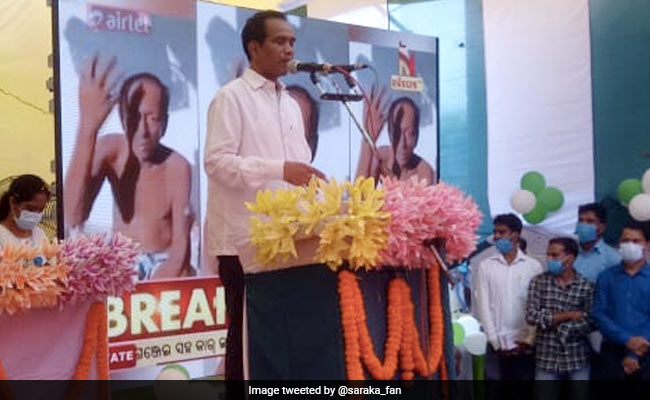 Eggs were hurled targeting a state minister and an MLA of the ruling BJD in Odisha on Saturday as the opposition BJP and Congress intensified their stir demanding removal and arrest of minister D S Mishra for his alleged links with the prime accused in the kidnap and murder case of a woman teacher.

Both of them faced the ire of the activists of the opposition parties while they were on their way to attend Chief Minister Naveen Patnaik's meeting at Bijepur in Bargarh district.

BJD MLA from Atabira and former minister Snehangini Chhuria also faced a similar attack by Congress workers at Ekamra Chhak here when she was on her way to Bijepur to participate in the programme.

Mr Patnaik was in Bijepur to launch the distribution of smart health cards under Biju Swasthya Kalyan Yojan (BSKY) in the Bargarh district.

Ahead of the chief minister's visit, the police detained many Congress and BJP leaders as a preventive measure.

Earlier on November 11, activists of Bharatiya Janata Yuva Morcha (BJYM) had waved black flags at Steel and Mines Minister Prafulla Mallick in Keonjhar district when he was on his way to attend a meeting of the District Planning Board.

Eggs were hurled at the carcade of the Minister of State for Home D S Mishra and black flags were shown to him during his visit to Junagarh in Kalahandi district on November 7.

In the Baripada area of Mayurbhanj district, BJP workers hurled eggs at the police after they were stopped from entering the office of the superintendent of police by breaking barricades.

The police had made tight security arrangements keeping in view an announcement made by opposition parties that they would stage demonstrations during Mr Patnaik's visit to Bijepur.

As many as 18 platoons of the police force were deployed in Bijepur.

Meanwhile, in separate press conferences in the state capital, both the BJD and the Congress made allegations and counter-allegations.

Senior Congress leader Bhakta Charan Das, who also hails from Kalahandi district, asked the government to divulge the call record details of minister Mishra and his close associate to prove him innocent.

He alleged that the minister had a crucial role in promoting the prime accused in the teacher's kidnap and murder case in Kalahandi.

The Congress leader admitted that as an MP he had earlier donated funds for the development of Mahaling College, run by the prime accused, and had visited the institution four times as a Parliamentarian.

The ruling BJD in a separate press conference alleged that Mr Das has no moral rights to blame Mishra because he had been associated with the prime accused.

“If the Congress demands the minister's arrest, the same rule should also be applicable for Das,” said BJD spokesperson Sasmit Patra.

Mr Patra also alleged that Mr Das's son Kirti was also one of the trustees of the Mahaling College, run by the prime accused.

“Let Das deny that his son is not a trustee of the Mahaling college,” the BJD leader said.

Senior BJP leader Bijay Mohapatra had alleged that the law enforcers were working to ensure that the prime accused goes scot-free.

“The police have also not probed into the allegation of the operation of a sex racket by the prime accused,” Mr Mohapatra said.

DIG, Northern Range, Deepak Kumar, in a press conference at Sambalpur rejected the allegation levelled by the opposition that investigation was being delayed.

He claimed that there was no delay in the investigation into the teacher's murder case and it is on right track.

Mr Kumar said the case was filed on October 13 and within 24 hours, it had been uploaded on Crime and Criminal Tracking Network and Systems (CCTNS).

The statements of 10 witnesses have been recorded under sections of CrPC (The Code of Criminal Procedure).

The 24-year-old woman teacher was kidnapped and killed on October 8 and her body was exhumed from the school campus on October 19.

The police have arrested two persons, including the prime accused, who is also the president of the school managing committee.

The opposition parties are demanding the removal of the minister accusing him of patronising the prime accused and helping him to escape from police custody on October 17 before being recaptured two days later.