In a reply to an RTI query, the Election Commission also declined to provide a copy of file noting of dissent notes given by one of the two Election Commissioners while deciding on the cases of violations of the model code of conduct by the prime minister. 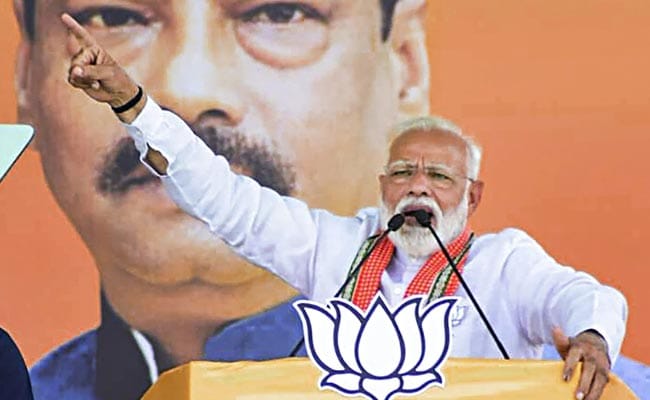 The Election Commission has declined to share details on alleged poll code violations by Prime Minister Narendra Modi and other politicians during the Lok Sabha election campaign and subsequent clean chits given to them, saying compilation of the information would disproportionately divert its resources.

In a reply to an RTI query, the poll body also declined to provide a copy of file noting of dissent notes given by one of the two Election Commissioners while deciding on the cases of violations of the model code of conduct by the prime minister.

"It is informed that complaints of violation of model code of conduct are dealt in the concerned territorial sections. The information sought by you is not available in the compiled form and compilation of the same will disproportionately divert the resources. In this regard you may refer to Section 7 (9) of the RTI Act, 2005," the Election Commission said in its reply to the RTI query.

The referred section says "an information shall ordinarily be provided in the form in which it is sought unless it would disproportionately divert the resources of the public authority or would be detrimental to the safety or preservation of the record in question".

The EC was asked to provide information on its conclusion of no violations of model code of conduct (or providing clean chit) by the prime minister during his various poll speeches.

The Commission was also asked to give details of each complaints, copy of minutes of meetings in which final decisions on the complaints were taken and the details of dissent given by any of the Election Commissioners while finalising the matter.

The Commission gave its decision on as many complaints filed by the Congress against PM Modi, alleging violation of the model code.

One of the election commissioners, according to the sources, has given his dissent on the EC's decision to give clean chit to the prime minister on his speech at Wardha on April 1 where he attacked Congress chief Rahul Gandhi for contesting from minority-dominated Wayanad seat, and also PM Modi's appeal to first-time voters in Latur on April 9 by invoking the Balakot airstrikes and the Pulwama martyrs.

The two decisions were then taken based on 2:1 majority as per prescribed law which governs the functioning of the poll panel, according to the sources.

The Election Commission had last month rejected with a majority vote Mr Lavasa's demand that dissent notes be recorded in its orders on model code violations, days after the simmering tension within the poll body over the issue had come out in the open.