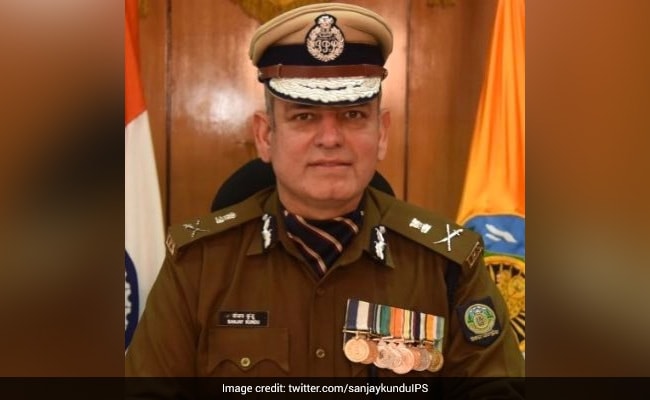 DGP Sanjay Kundu said in the advisory that Himachal police's image took a beating due to the incident.

Days after senior police officers in Himachal Pradesh slapped and kicked each other in public, Director General of Police (DGP) Sanjay Kundu has issued a stern advisory to police officers in the state, asking them to remember that "power is always attached to a position and never a person".

The DGP has said that the image of Himachal police "has taken a beating" due to the incident. "It is also obvious that it has undone the cumulative good work by the HP police during the last one year. Not only has the incident become viral on social media, but it has also elicited a negative and highly uncharitable public response," he has said.

Both Gaurav Singh and Balwant Singh have been placed under suspension and an inquiry is underway.

After the ugly spat between two police officers in Himachal Pradesh, the DGP office issues an advisory for the policemen.
"Power is always attached to a position and never a person, so they should always be mindful of this gospel," reads one of the suggestions. @ndtvpic.twitter.com/UwyTxRr1BZ

The DGP said in the advisory that such conduct is "unprofessional to the point of dereliction of duty and also raises issues of compromises in the VVIP security". He said that regardless of the outcome of the inquiry, it is important to examine relevant issues to avoid a repeat of such incidents.

The advisory asks officers to remain calm in their interactions with fellow officers and the public, "no matter what the provocation is". "They should remember that they work for a welfare State and that their primary duty is to serve people -- and not to lord over them, and therefore they should never lose their people-connect. An officer's sense of duty must always precede their sense of entitlement," says the advisory.

The advisory asks officers to identify "blind spots" in their personalities and address them, and to maintain proper interpersonal relationships. "Further, we need to understand that we are all professional colleagues in the HP, be it the constable or be it the DGP...," it adds.

"Officers should not be misled or misguided by the 'halo effect'. Power is always attached to a position and never a person, so they should always be mindful of this gospel," says the advisory.

The DGP said the force needs to "strive as a cohesive team to re-establish our image and also to ensure such incidents never happen in the future".