Dussehra 2020: In Kerala a ceremony known as Vidyarambham happens on Dussehra. Vidyarambham is a child's initiation into the world of alphabets and books on the auspicious day of Dussehra. 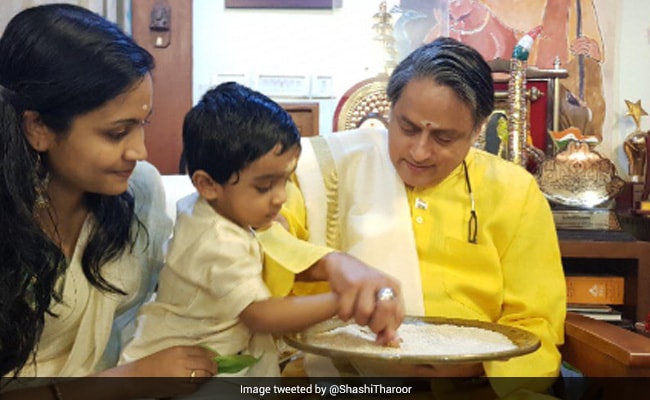 On Vidyarambham, Shashi Tharoor tweeted a 2019 photo when he conducted the ceremony

Dussehra in Kerala is very special as Vidyarambham or a child's initiation into the world of books happens on this auspicious day. It a beautiful sight as little children sitting on their parent's lap, chant the Saraswathi mantra after the person who takes them through the ceremony. In the early hours on Dussehra, Chief Minister Pinarayi Vijayan performed Vidyarambham. The ritual includes making the child write the first letters on a plate of rice. Amid the pandemic, all rituals were held under strict vigil at temples, many parents told news agency Press Trust of India. Vidyarambham in Kerala marks the culmination of the Navratri festival. 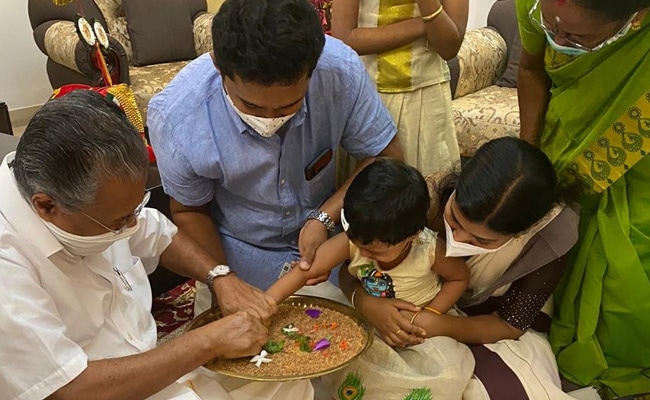 Shashi Tharoor, author and Congress MP from Thiruvananthapuram took to Twitter on Vidyarambham and posted pictures of 2019 when he conducted Vidyarambham for many children. "A year later, #Covid19 has struck. Hope the toddlers of today will be guided by their parents to the world of knowledge. #Vidyarambham2020," Mr Tharoor tweeted.

A year later, #Covid19 has struck. Hope the toddlers of today will be guided by their parents to the world of knowledge. #Vidyarambham2020https://t.co/51ru07MOhX

According to custom, scholars, writers, teachers and priests make children, between two to three, write their first letters. Unlike previous years, fewer parents and children were seen at even the famed Panchikadu Saraswathi Temple in Kottayam and Dakshina Mookambika Temple in Noth Paravur, the shrines where the day is observed with much fanfare. Many cultural institutions including Tirur-based Thunchan Memorial Trust and Research Centre, dedicated to Thunchath Ezhuthachan, the father of Malayalam language, skipped the ceremony.

At all major temples, only those registered in advance through their website or mobile app, were permitted for Vidhyarambham this year due to the Covid-19 pandemic. Along with devotional songs played at temples, announcements were made on maintaining social distance. Many people preferred doing Vidyarambham at home. 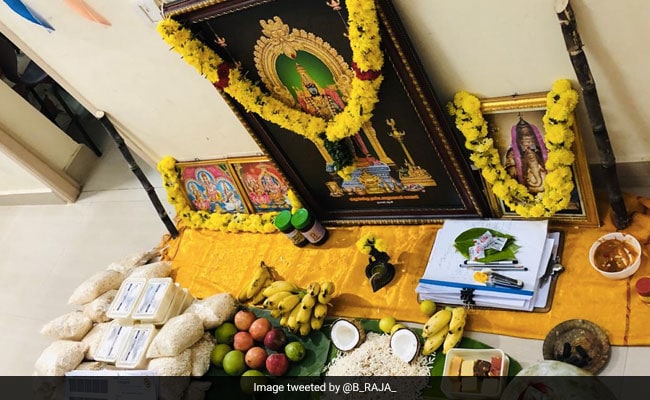 State Health Minister KK Shylaja had asked people to avoid overcrowding during the festival. She also asked people to be cautious in using only disinfected gold rings or other material to write the first letters on the tongues of children. "Special precautions are required while writing on the tongue during Vidhyarambham'. Nothing can be reused, " the health department guidelines said.