Drugs Worth Rs 4 Crore Seized From Delhi, 1 Arrested From Mumbai

Narcotics Control Bureau (NCB) seized a total of 670 gm of cocaine from a parcel that arrived in Delhi from Addis Ababa, Ethiopia early this month. 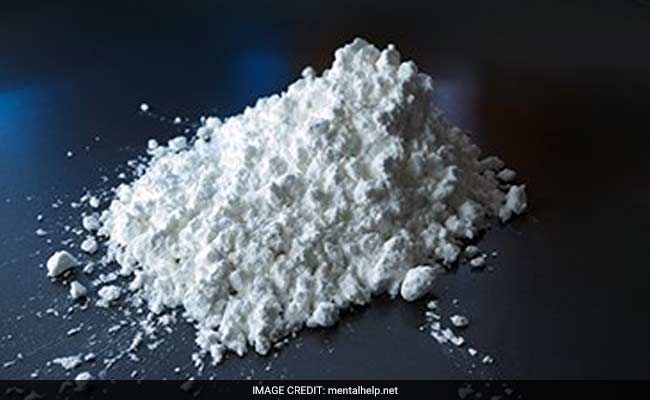 The Narcotics Control Bureau (NCB) on Saturday said it has seized cocaine worth about Rs 4 crore, arrested a person from Mumbai and is probing an illegal network of narcotics distribution in the western metropolis that has "possible linkages" with "high-profile" drug users.

The federal agency seized a total of 670 gm of cocaine from a parcel that arrived in Delhi from Addis Ababa, Ethiopia early this month.

The agency conducted a "controlled delivery" operation and later arrested the consignee of the parcel, S Ghangale, a resident of Vasai area in Mumbai, he said.

The controlled delivery mechanism empowers NCB to keep the parcel delivery alive, even after seizing the contraband, and replacing the same with a dummy parcel.

Under the Narcotic Drugs and Psychotropic Substances (NDPS) Act, the NCB Director General is authorised to order a controlled delivery operation to unravel all layers of a drugs cartel or syndicate.

"The examination of the arrested man unravelled the network and the modus operandi. Ghangale has association with a few high-profile drug traffickers of Mumbai, who are having a dual profile of both being a property dealer or construction contractor and drug trafficker," Mr Malhotra said.

The network also has the involvement of DJs and other party organisers, who are connected to the party circles of Mumbai, he said.

"The distribution network (of narcotics) in Mumbai under probe...has possible linkages with high profile users," he said.

The man has been taken on transit remand and will be produced before a court in Delhi, the Narcotics Control Bureau officer said.

Another official said the seized quantity of cocaine is worth about Rs 4 crore in the international market.