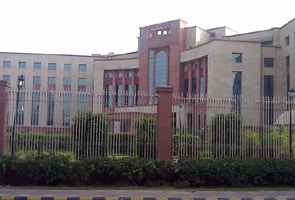 Bhubaneswar: Close on the heels of hacking of the CBI website, Defence Research and Development Organisation (DRDO) on Sunday said it was developing a mechanism to make websites hacking-proof.

This was stated by Dr VK Saraswat, Scientific Advisor to Defence Minister and Director General of DRDO, on the sidelines of a function where he was conferred with a D. Sc degree by the KIIT University at its annual convocation.

Referring to the hacking of CBI website on the intervening night of December 3 and 4, Saraswat described cyber security as a major concern for the nation's safety.

The CBI has registered a case against unknown persons for hacking and defacement of its official website by people, who identified themselves as "Pakistani Cyber Army".

DRDO is developing both software and hardware to put defence networks out of the reach of hackers, he said.

"It is always better to use indigenously developed systems than using others' designs," he said. The DRDO chief expressed optimism that its engineers could certainly develop hacking proof devices.
Comments
DRDOhacking-proofwebsites