The flight test was conducted at the Interim Test Range, Chandipur, in Odisha. 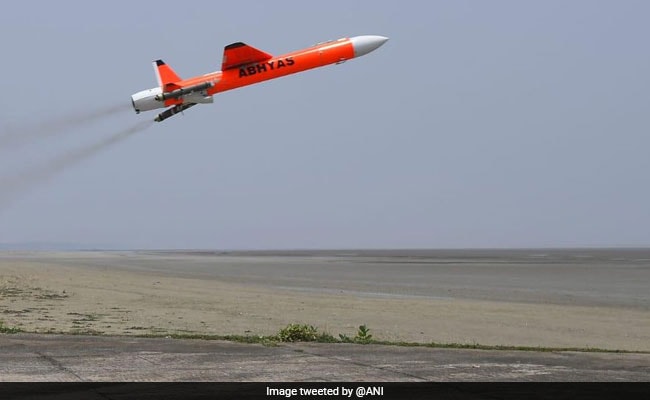 'Abhyas' is designed for autonomous flying with the help of an autopilot.

The Defence Research and Development Organisation (DRDO) on Monday successfully conducted the flight test of 'Abhyas', a high-speed expendable aerial target (HEAT), which offers a realistic threat scenario for practice of weapon systems.

The flight test was conducted at the Interim Test Range, Chandipur, in Odisha.

It was tracked by various radars and electro-optic systems and proved its performance in fully autonomous waypoint navigation mode, an official release said.

The configuration of 'Abhyas' is designed on an in-line small gas turbine engine and it uses indigenously developed micro-electro-mechanical systems-based system for navigation and guidance.

The performance of the system was as per simulations carried out and it demonstrated the capability of 'Abhyas' to meet the mission requirement for a cost-effective HEAT.

'Abhyas' is designed for autonomous flying with the help of an autopilot.

A Luneburg lens in the nose cone improves the radar cross-section of the target for weapons practice. It also has an acoustic miss distance indicator (AMDI) to indicate the missed distance.