Uttar Pradesh Panchayati Raj Minister Upendra Tiwari on Tuesday had hailed Prime Minister Narendra Modi and said that the latter is no ordinary person adding that he is an "incarnation of the Almighty." 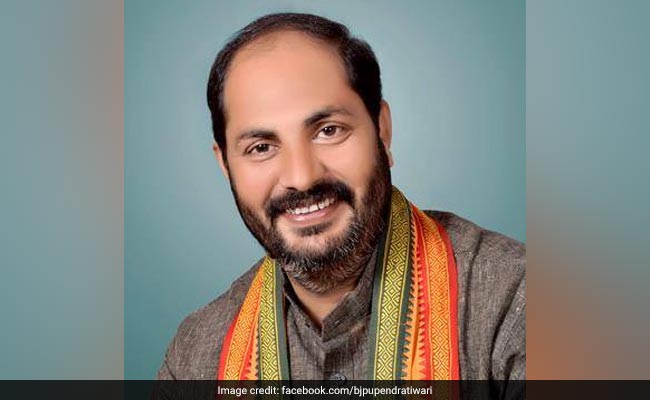 "Narendra Modi is no ordinary person. He is an incarnation of the Almighty," Upendra Tiwari said (File)

UP BJP leader and spokesperson Anila Singh said on Wednesday that the state minister Upendra Tiwari's statements describing Prime Minister Narendra Modi as an "incarnation of god" should not be viewed through a political prism.

"I think (Mr) Upendra's statements should not be viewed from a political prism. He was perhaps explaining the feelings of people and women who now have their own gas connections, houses, toilets, bank accounts and whose children are getting a good education. There are hundreds of social schemes by the Prime Minister that have benefitted a lot of people so for that person Modiji is equivalent to god. If someone does something really great to me, they would be like a god to me. But that does not mean they are a God," said Ms Singh.

Uttar Pradesh Panchayati Raj Minister Upendra Tiwari on Tuesday had hailed Prime Minister Narendra Modi and said that the latter is no ordinary person adding that he is an "incarnation of the Almighty."

"Narendra Bhai Modi is no ordinary person. He is an incarnation of the Almighty," Mr Tiwari said while addressing a gathering in Hardoi.

Commenting on Delhi Chief Minister Arvind Kejriwal's visit to Ayodhya ahead of assembly polls in the state next year, she said, "The elections are going on so they (Aam Aadmi Party) want to project him as a prominent Hindu face. The whole credit goes to BJP for this, other parties have realised that appeasement politics is not going to work. If you have to be secular, be secular for everyone. You cannot target the Hindu population in Hindustan. BJP believes in "Sabka Saath, Sabka Vikas, Sabka Vishwas". This is what we have done and will keep doing."

Mr Kejriwal's visit to Ayodhya comes just months before the Uttar Pradesh Assembly elections to be held in 2022. Notably, AAP will also contest the elections in the state.

Meanwhile, Mr Kerjriwal today in Delhi announced that the Cabinet has approved the addition of Ayodhya in its Tirth Yatra Yojana, a free pilgrimage scheme for senior citizens of the national capital.

Addressing media personnel here, Mr Kejriwal said, "Mukhya Mantri Teerth Yatra Yojana which was halted due to COVID will probably be resumed within a month."