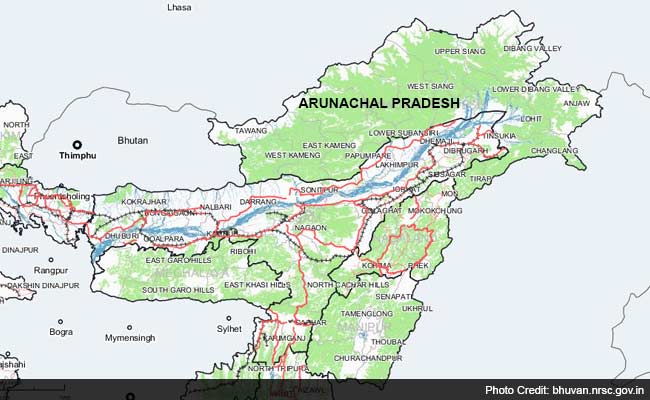 New Delhi: Nobody should "threaten or warn India," said Home Minister Rajnath Singh after China objected to reported plans by India to build a 2,000-km long road along the border in Arunachal Pradesh.

"India has grown in strength. Both sides should resolve the border issue through dialogue," said the Home Minister today.

Reacting to reports of the new road, China asked Delhi yesterday not to "further complicate" the dispute over the border. (Read)

"China has already spread their network of roads and rail network near the border. Whatever we make on our territory should not be a concern of China," said an unnamed official in the Home Ministry's border management department to news agency Reuters.

He was quoted as saying that the ministry was seeking cabinet approval for the road in Arunachal Pradesh and had preliminary support from the Prime Minister's Office.

"Before the border problem is solved, we hope the Indian side will not take any action that could further complicate the relevant issue, so as to preserve the current situation of peace and stability in the border area," said Chinese Foreign Ministry spokesman Hong Lei.

In September, the government eased environmental and other curbs on building roads and military facilities within 100 km of the border in Arunachal Pradesh to hasten the construction of some 6,000 km of roads.

India is concerned about China's development of airports and extensive road and railway networks in Tibet, which can give Beijing the ability to mobilize troops quickly along the border.

Last month, India and China agreed to pull back troops ranged against each other in Ladakh, ending their biggest face-off on the border in a year.

Promoted
Listen to the latest songs, only on JioSaavn.com
India said China's soldiers had crossed the border in Ladakh in an attempt to build a road within India's territory in violation of existing agreements.

The two armies had mobilised about 1,000 soldiers each.