Anil Ambani was giving evidence via videolink for the first time from Mumbai, in a English lawsuit over a dispute stemming from a defaulted loan. 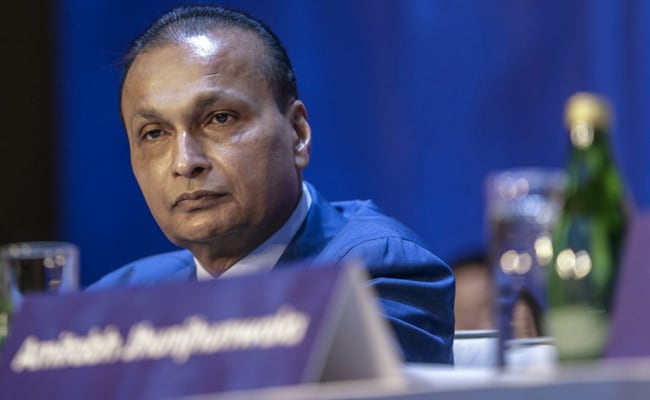 Anil Ambani said that a judge was wrong to say he'd lived a lavish lifestyle.

Former billionaire Anil Ambani rejected a judge's comment that he lived a "lavish lifestyle" as he faced questions about his assets from lawyers acting for a trio of Chinese banks.

Ambani was giving evidence via videolink for the first time from Mumbai, in a English lawsuit over a dispute stemming from a defaulted loan. The tycoon, who has previously said his net worth is "zero," was questioned about his spending and his finances, including more than $100 million in family loans.

Three state-controlled Chinese banks have pursued Ambani for more than $700 million in a London court, arguing that they provided funding to his Reliance Communications Ltd. in 2012 with the condition that he personally guarantee the debt. After winning a ruling requiring Ambani to make the payments, the banks have yet to receive any funds.

"He's fighting tooth and nail to prevent having to pay us a penny," the banks' attorney, Bankim Thanki, said of Ambani.

Ambani, the younger brother of Asia's wealthiest man, said that a judge was wrong to say he'd lived a lavish lifestyle, insisting that he was a marathon runner who didn't drink, smoke or gamble.

"I think I must put it respectfully in perspective," Ambani said. "My needs are not vast and my lifestyle is very disciplined."

"Any suggestion of a lavish lifestyle past, present and future is completely speculative," he said.

Ambani was accused of putting his assets out of the reach of his creditors by putting the ownership in corporate entities. The family art collection was owned by his wife, he said. The luxury motor yacht, which was used family members -- but not Ambani himself, who said he suffered from seasickness -- was also owned by a company, he said.

Ambani had always said he never made a personal guarantee -- something he'd dismissed as an "extraordinary potential personal liability."

On Friday, Ambani was examined over credit-card spending in luxury shops including Harrod's that he said was done by his mother on his cards. He was also questioned over a $66 million loan provided by his mother, Kokilaben Ambani, and a $41 million loan from his son. He said he couldn't recall the terms of the loans but insisted they weren't gifts.

The former billionaire "has always been a simple man of simple tastes, contrary to exaggerated perceptions of his flamboyance and lavish lifestyle," a spokesman for Ambani said in a statement. "He is also a lifelong vegetarian, teetotaller and non-smoker who would much rather watch a movie at home with his kids than go out on the town."

--With assistance from PR Sanjai.