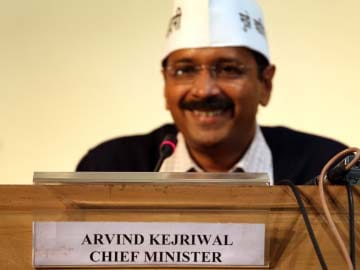 Arvind Kejriwal says he only needs security for crowd management.

Lucknow: The Uttar Pradesh government has reportedly decided that Arvind Kejriwal will be given the highest level Z-plus security cover in the state, but the Delhi Chief Minister maintains that he doesn't need it.

Mr Kejriwal resides in the Kaushambi area of Ghaziabad in UP. Two days ago, his Aam Aadmi Party's office, located a kilometre away from his home, was vandalised, allegedly by a group of 50-60 men who said they were members of the 'Hindu Raksha Dal'. (Watch video of attack)

Sources said the Uttar Pradesh government cited intelligence reports to give Mr Kejriwal Z-plus security, which entitles him to over 30 cops and escort and pilot vehicles. The chief minister currently has the cover of three sub-inspectors and 17 to 18 policemen.

"I don't need it," Mr Kejriwal told NDTV today. "I only need security for crowd management."

After the attack on the AAP office, Mr Kejriwal had said he or his Aam Aadmi Party (AAP) would not reconsider their refusal to take security. (AAP office attacked, Kejriwal refuses security)

Promoted
Listen to the latest songs, only on JioSaavn.com
There was minimal security at the AAP office at the time of the attack. Mr Kejriwal has repeatedly asserted that his party will end "VIP culture", starting with its most glaring symbols - vehicles with read beacons or lal batti, and heavy security.

AAP leader Prashant Bhushan has blamed the BJP for the attack on party headquarters. On Wednesday, one of the attackers had said they were protesting against Mr Bhushan's remarks suggesting a referendum in Kashmir on whether the people want the army for internal security. Mr Bhushan withdrew those remarks after much criticism.
Comments
Arvind KejriwalZ plus security