ISRO yesterday said the rocket carrying regional navigation satellite IRNSS-1H had a normal lift-off, but the heat shield used to protect the satellite did not separate 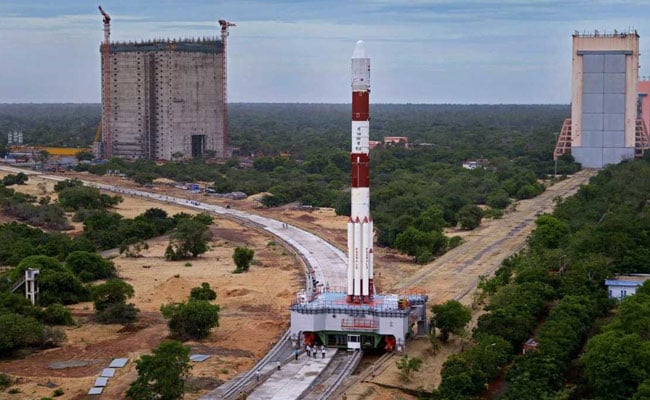 Hyderabad: India's top space scientists say yesterday's unsuccessful launch of a satellite in its workhorse PSLV or Polar Satellite Launch Vehicle is a matter of concern. However, they say the heavy-lift rocket can be restored to its former glory since it has a good track record.

The scientists told the Indian Space Research Organisation or ISRO team not to lose heart. The space agency yesterday said the rocket carrying India's first private sector-built regional navigation satellite IRNSS-1H had a normal lift-off, but the heat shield used to protect the satellite did not separate.

Former ISRO Chairman K Kasturirangan said the space agency has gone through unsuccessful missions in the past, particularly in the early phase of the country's space programme.

"Every time we have come back with redoubled vigour and made sure that not only it does not repeat, the probability of these things happening is minimised," he said. "But space is certainly a risky endeavour. So, one has to keep allowance for it. One should not be complacent, do the best and then leave the rest of it to providence because there is a small component of probability that in spite of everything being done, in what we call as perfect, there can something which can be residual. So, we should not be complacent," Mr Kasturirangan said.

"We had an extraordinary string of successes with PSLV, so it's all the more hurting because of the fact that we expect 100 per cent success every time to we do with PSLV," he said.

Mr Kasturirangan said he has no doubt ISRO would move forward with redoubled vigour and greater determination.

"One satellite was involved and certainly a setback in that sense but there is no question of looking back; we have to look forward. They have got a big agenda for space and ambitious agenda; it can be fulfilled only with courage of conviction, determination and exceptional technical professionalism. In all these, ISRO is now well-known and has established its credentials," he said.

Another former ISRO Chairman, G Madhavan Nair, called the unsuccessful mission "very unfortunate". "PSLV had a good track record. About 40 launches it has done. Now, a failure like this is difficult to digest," he said.

But Nair noted: "Failures are not uncommon. If you look at the global scenario, five to 10 per cent is a failure rate of proven launch vehicles itself. Compared to that, we had hardly one failure in 40. That's our record. It has become two. We cannot be satisfied with statistics. We have to be concerned about it," he said.

Promoted
Listen to the latest songs, only on JioSaavn.com
"I am sure ISRO team will be able to find why and how it happened, and fix it, and come back to the launch pad as quickly as possible. That's been ISRO culture. My message to ISRO team, they should not lose heart, go hard into failure reason and fix it," he said.