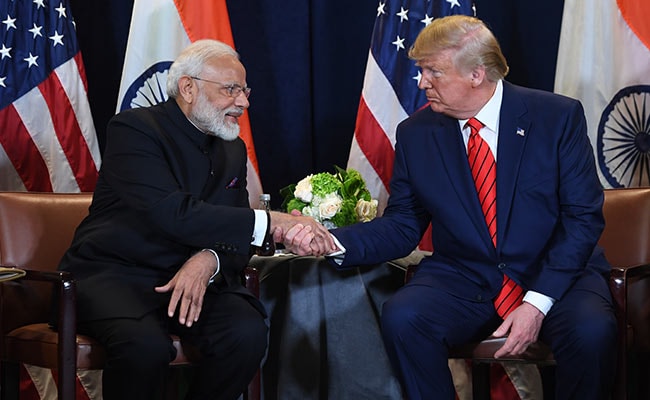 Indian and US officials are discussing dates for a possible visit by US President Donald Trump to India, sources said on Tuesday. The dates will depend on when the impeachment vote takes place in the US Senate, the sources told NDTV.

PM Modi had phoned President Trump on January 7 to express New Year greetings and said that India-US ties "have grown from strength to strength". Reports suggest a likely visit may have been discussed at the time.

President Trump, who will seek re-election in US polls in November, reportedly wants to make an India visit soon.

In November, asked about the invitation from PM Modi, Trump had said: "He wants me to go there. I will be going at some point to India."

When the visit does take shape, India and the US hope to seal a trade deal pending since 2018 amid a strain in ties. New Delhi hopes the US President will revoke the cancelling of India's preferential trade status or "Generalized System of Preference (GSP)" status.

The US House of Representatives is expected to vote this week to send its articles of impeachment against Trump to the Senate. This will be only the third such impeachment trial for a US President in history.

The progress of the impeachment trial will have a bearing on Trump's visit dates.

The possibility of the American president's visit has emerged at a time the government is facing protests across the country on a new religion-based citizenship law and also amid concerns expressed by US lawmakers over the situation in Kashmir, which has been under severe communication and security lockdown since August, when special status was scrapped.