Does it take the death of a baby for government to act? asks family of sailor jailed in Togo 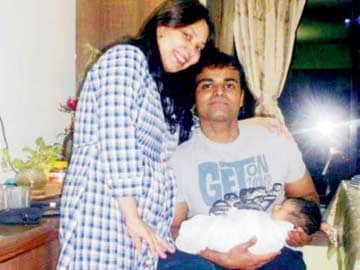 Mumbai: For five months, Indian merchant ship captain Sunil James has been in a jail in Togo in Western Africa.

His family has been fighting to get him freed; now all they want is for him to return and see his 11-month-old son, Vivaan, for the last time. Vivaan died on Monday of septicemia, a tragedy that seems to have jolted the government into action.

Milind Deora, the Minister of State for shipping, said on Friday that legal options are being worked out with the Togo government. "The ministry will request Captain James' company to give a commercial undertaking to the Togo government," he told NDTV.

Mr James' ship MT Ocean Centurion was attacked near Togo on July 16. But days later, the 36-year-old was detained and arrested on charges of aiding the pirates.

"Does it take the death of an 11-month-old baby for the government to act?" asked Mr James' brother in law Rakesh Madappa.

Little Vivaan was operated upon for intestinal gangrene but the infection spread into his bloodstream and he died on Monday, Mr Madappa told NDTV.

"Vivaan has been kept in the morgue at the hospital. We just want Sunil to return for the funeral and complete the rites," Mr Madappa said.

The family also got a letter yesterday from India's Ghana mission, which assured them of all efforts to bring Mr James back. Mr James' wife, Aditi, 31, had been trying to contact the Ghana mission for months, since India has none in Togo.

Promoted
Listen to the latest songs, only on JioSaavn.com
The Ministry of External Affairs told the family that an official from the Indian Mission in Accra was being sent to Togo capital Lome.

"My family got zero help from the government. Fed up I took a long leave and went to Togo myself in September and stayed there for 25 days even hiring my own lawyer," Mr Madappa explains, adding Mr James was first tortured by the pirates and then lost 15 kg in the custody of the Togo police known as Genda Marine.
Comments
Indian sailorTogoSunil James