"No Response" From Mamata Banerjee: Bengal Governor Over Doctors Strike

KN Tripathi paid a visit to injured junior doctor Paribaha Mukhopadhyay at the hospital where he is undergoing treatment. 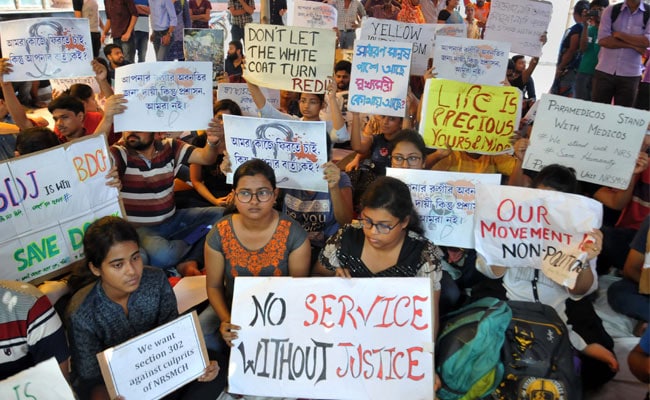 West Bengal Governor Keshari Nath Tripathi Friday said he called up Chief Minister Mamata Banerjee to discuss the issue of junior doctors' strike but got no response from her.

Mr Tripathi paid a visit to injured junior doctor Paribaha Mukhopadhyay at the hospital where he is undergoing treatment.

"I have tried to contact the chief minister. I have called her up. Till this moment there is no response from her. If she calls me, we will discuss the matter," he told reporters after visiting the doctor at the hospital.

Mr Mukhopadhyay is one of the two junior doctors attacked by relatives of a patient, who died at the NRS Medical College and Hospital here on Monday night, triggering the ongoing agitation by medicos across the state.

Mr Tripathi had met representatives of the doctors on Thursday.