Divya Spandana, known for her jibes at the BJP, asked Union Minister Arun Jaitley why she was charged with sedition over her post from last September 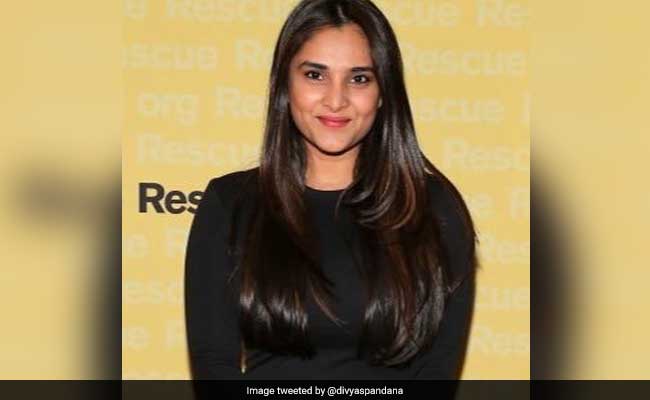 Divya Spandana was charged with sedition last September after she posted a photoshopped image of PM Modi.

As top BJP leaders called out the Bengal government over its handling of the controversy around the morphed photo of West Bengal Chief Minister Mamata Banerjee, Congress leader Divya Spandana questioned what is seen as the government's double standard on free speech.

Jaitley ji, I agree with you but how come I was charged with sedition for this meme on Modi? Are you saying Modi is a dictator? https://t.co/kPysOKWey5pic.twitter.com/DisMzC2itN

Ms Spandana's tweet came hours after Mr Jaitley, in reference to the Bengal BJP activist's case, said: "Humour, wit, sarcasm survive in a free society. They have no place in autocracies. Dictators laugh at people. They don't like people laughing at them. Bengal, today is a case in point".

Humour, wit, sarcasm survive in a free society. They have no place in autocracies. Dictators laugh at people. They don't like people laughing at them. Bengal, today is a case in point.

Bengal BJP Yuva Morcha leader Priyanka Sharma was arrested on Friday for allegedly sharing a morphed photo of Mamata Banerjee, in which the chief minister's face had been photo-shopped on the form of actor Priyanka Chopra. In the original picture, the actor was photographed at the MET Gala in New York.

Priyanka Sharma moved the Supreme Court which granted her bail today on the condition that she apologises over her post. "Is there any difficulty in apologising? We are asking her to apologise for herself. Freedom of speech ends where it affects others' rights," the top court said.

Last September, the Congress leader, also popular as "Ramya", had tweeted a photoshopped image of PM Modi painting the word 'chor' (thief) on the forehead of his wax statue. The image was captioned with the hashtag: #ChorPMChupHai.

A sedition case was filed against her and she was also charged under a section of the Information Technology (Amendment) Act, accusing her of defaming a democratically elected leader and ridiculing India on the global arena.

It wasn't the first time Ms Spandana that her jibe at the prime minister sparked a row.

In February 2018, PM Modi said at a rally in Karnataka that farmers are his top priority and described 'TOP' as tomato, onion and potato. To this, she responded: "Is this what happens when you're on POT?"

The 36-year-old actor-turned-politician provoked a huge backlash on social media in November when she took a dig at a photo of PM Modi standing by the giant statue of Sardar Vallabhbhai Patel that he had inaugurated. "Is that bird dropping," she had asked.