Dilip Parikh, who started his political career in the mid-1990s as a BJP MLA, was an industrialist and also served as president of the Gujarat Chamber of Commerce and Industry. 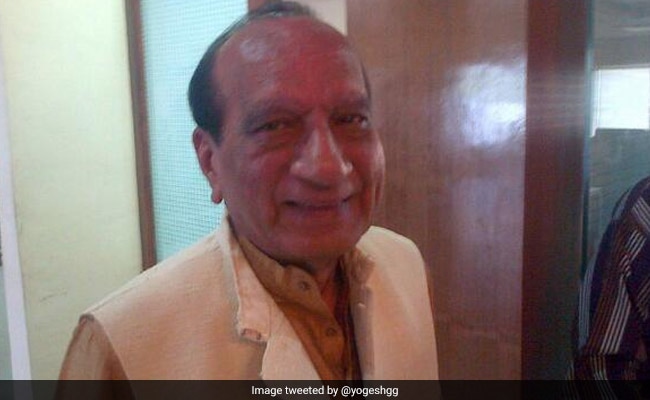 Former Gujarat Chief Minister Dilip Parikh died on Friday at a private hospital in Gujarat's Ahmedabad following a prolonged illness, said his family members. He was 82.

Mr Parikh served as the 13th Chief Minister of Gujarat between October 1997 and March 1998 when he was with the Rashtriya Janata Party (RJP), floated by Shankersinh Vaghela, who had split the BJP. Mr Parikh's government was supported by the Congress.

Mr Parikh, who started his political career in the mid-1990s as a BJP MLA, was an industrialist and also served as president of the Gujarat Chamber of Commerce and Industry.

Prime Minister Narendra Modi condoled the death of Dilip Parikh and said he worked for the people of Gujarat with utmost dedication.

"Dilipbhai Parikh made a mark in the world of industry and public service. He worked for the people of Gujarat with utmost dedication. His affable nature endeared him to people across all walks of life. Saddened by his demise. My condolences to his family and admirers. Om Shanti!" PM Modi tweeted.

"Saddened by the demise of Shri Dilip Parikh Ji -Former Chief Minister of Gujarat. I pray for the departed soul. I express my deepest condolences to his family and friends," Mr Rupani said.

In 1996, when Mr Vaghela revolted and split the BJP, Mr Parikh joined the Kshatriya strongman and his new party RJP. Mr Vaghela then became the chief minister with the Congress's support.

However, when the Congress threatened to withdraw support a year later due to differences, Mr Vaghela stepped down.

Under a compromise formula, Mr Parikh, Mr Vaghela's trusted aide, was sworn in as the chief minister in October 1997 and remained in office till March 1998, when the BJP regained power by winning the assembly polls.