New Delhi: The Aam Aadmi Party (AAP) claims it has new documents to prove that Prime Minister Narendra Modi lied about graduating from the Delhi University and that a degree published by newspapers recently is "fake". The ruling BJP has said that the allegations are "too silly to respond to."

Yesterday, Arvind Kejriwal wrote to the Delhi University urging it to put up details of PM Modi's degree on its website for the public and make sure that the degree documents were "safe".

His party AAP alleges that such documents don't actually exist, that no "Narendra Damodar Modi" passed out of the university in 1978 as the PM had professed in his 2014 poll papers.

"His degree is fake, he never took an exam," said AAP's Ashutosh today. 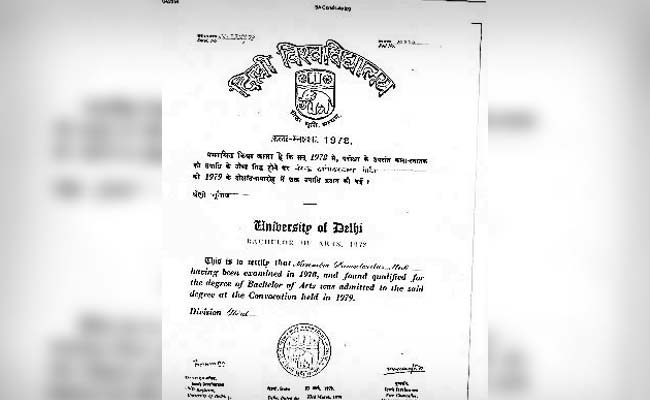 The degree certificate published in some newspapers is 'fake', alleges AAP

AAP says it has tracked down the degree certificate of a "Narendra Mahavir Modi" who graduated that year.

"Narendra Mahavir Modi", says AAP, is from Alwar in Rajasthan. PM Modi, however, is from Vadnagar in Gujarat, the party says, citing his school certificates. 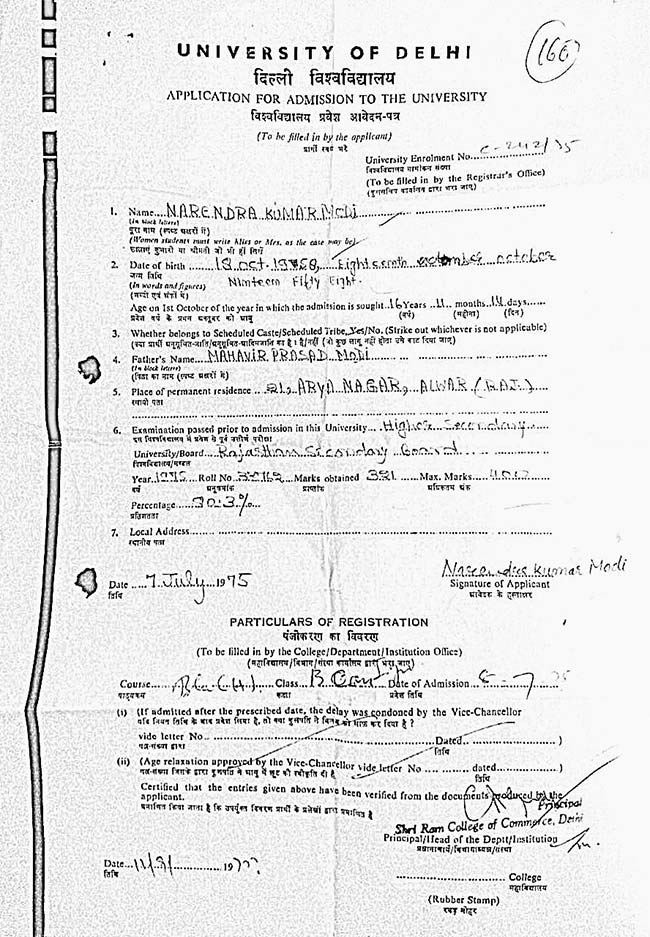 When NDTV contacted PM Modi's namesake, he confirmed that he was in the Delhi University between 1975 and 1978 and added that Union Minister Arun Jaitley was his senior in college. "It is a lovely coincidence that I am also called Narendra Modi...it is a matter of pride for me," he said.

The Prime Minister's Office has not responded to AAP's attacks.

"I don't want to give it too much importance but it is inappropriate for a Chief Minister to make such allegations," said Union Minister Ravi Shankar Prasad.

In his declaration while contesting the 2014 national election, Mr Modi had said that he has a bachelor's degree from the Delhi University in 1978 and an MA degree from the Gujarat University in 1983. It tied in with a 15-year-old TV interview in which he said that he quit school when he left home at 17 and pursued his degrees much later at the insistence of his mentors in RSS or Rashtriya Swayamsevak Sangh.