A seven-member panel has been formed to hold talks with the Centre, said Bharatiya Kisan Union (Rajewal) chief Balbir Singh Rajewal while addressing the media, 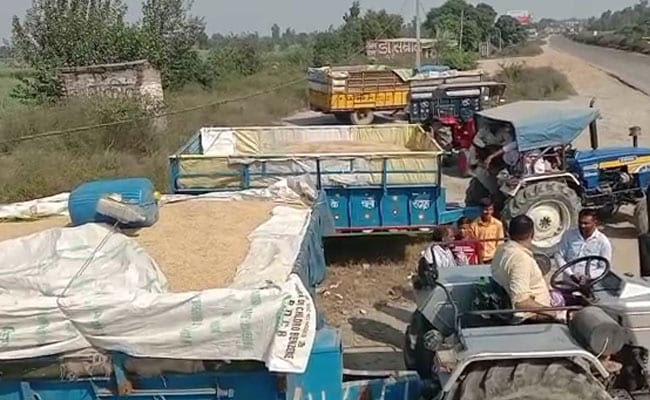 Different protesting Punjab farmer bodies on Tuesday decided to hold talks with the Centre over the new farm laws in New Delhi on Wednesday.

The decision to this effect was taken by representatives of several farmers' organisations at a meeting.

A seven-member panel has been formed to hold talks with the Centre, said Bharatiya Kisan Union (Rajewal) chief Balbir Singh Rajewal while addressing the media.

"We have decided that representatives of all farmers' bodies will attend the meeting," said Mr Rajewal.

Earlier on Monday, the Kisan Mazdoor Sangharsh Committee, a farmers' body in Punjab, decided not to attend the meeting called by the Union Agriculture Department on October 14.

The farmers' organisations, whose agitation against the laws has disrupted rail traffic and severely impacted coal supply to thermal power plants in Punjab, had last week rejected the Centre's invitation to participate in a "conference to address their concerns" on October 8.

Mr Rajewal said as per the invitation sent by the secretary of the Union Agriculture Department, the Centre wants to hold talks with them.

"We are going because if we continue to reject the invitation, then they will say we are not ready for any talks. We do not want to give them any excuse. We will go there," said Mr Rajewal.

Farmers in Punjab have been demanding that the three laws passed by Parliament recently be repealed.

Farmers have expressed apprehension that the new laws will pave a way for the dismantling of the minimum support price system, leaving them at the "mercy" of big corporates.

The government, however, has been saying that the laws passed by Parliament recently amid a vociferous protest will raise farmers' income, free them from the clutches of the middlemen and usher in new technology in farming.