The blast at a college in Assam's Dhemaji had targetted schoolchildren taking part in an Independence Day parade in 2004. 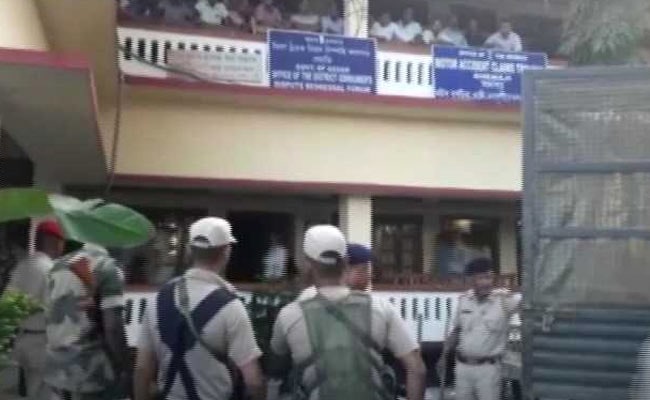 A district court in Assam today convicted six people and acquitted eight others in a 2004 blast at Dhemaji. The attack had killed 18 schoolchildren during an Independence Day event and injured 40 others about 400 km from Guwahati.

Judge Sutham Das gave the verdict after hearing the arguments and examining 55 witnesses in Dhemaji.

"Four of them - Muhi Handique, Jatin Duwari, Dipanjali Gohain and Lila Gogoi - have been sentenced to life imprisonment under Section 120 B (criminal conspiracy) and 302 (murder) of the Indian Penal Code," lawyer Nitya Saikia said.

Two others - Prashant Bhuyan and Hemen Gogoi - were sentenced to four years in jail while the main accused Rashid Bharali is missing.

The explosion had taken place at a college at around 9:30 am on August 15, 2004. Most of the victims were schoolchildren, aged between 12 and 14, who were participating in a parade.

The bomb, which was planted near the college gate, was triggered by a remote-controlled device when students and teachers were passing through.

The United Liberation Front of Assam or ULFA had then taken responsibility for the attack and later apologised for targeting the school students. This incident led to a massive decline in public sympathy for the ULFA in Assam.

The attack triggered outrage across the country and local residents targeted the police for failing to secure the parade. The police had to resort to canes and tear gas shells to bring the situation under control.