"Tried Blackmailing Me Too": BJP Leader On Maharashtra Minister's Accuser

Krishna Hegde said he was "shocked" to see her allegations against Dhananjay Munde a few days ago, prompting him to reach out to the police. 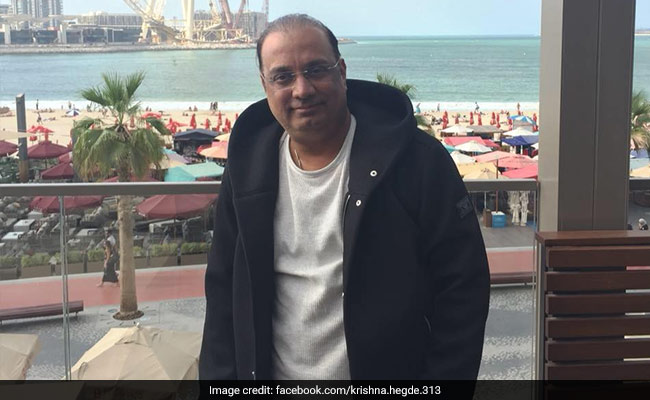 Krishna Hegde said Dhananjay Munde's accuser had harassed him between 2010 and 2015.

The controversy surrounding rape charges against Maharashtra minister Dhananjay Munde saw a startling twist on Thursday with an opposition leader from the BJP coming out with a claim that Mr Munde's accuser had tried luring into a relationship him since 2010 as well.

Krishna Hegde, a former Congress MLA who joined the BJP four years ago, said the woman who has accused Mr Munde of raping her in 2016 had been harassing him till 2015, trying to get him into a relationship.

"Through my sources, I found out that she is a dubious person who is setting up a honey trap. I totally avoided meeting her. I am informed that few more persons have been honey-trapped and money has been extorted," Mr Hegde said in a letter to the Mumbai Police.

This harassment "to the point of stalking" involved messages and phone calls from multiple numbers and went on from 2010 to 2015, he said, calling for a police case against the woman.

The BJP leader said he was "shocked" to see her allegations against Dhananjay Munde a few days ago, prompting him to reach out to the police.

"Today, they have targeted him, couple of years ago it could have been me and tomorrow it will be someone else," he said.

Following the allegations by the woman, Mr Munde landed in the controversy which has escalated over the past few days with the BJP calling for his resignation. Nationalist Congress Party chief Sharad Pawar on Thursday said the charges were "serious" and the party will meet over the issue.

The social justice minister has denied the accusations, claiming he has been in a relationship with her sister for years and has two children with her outside his marriage. Calling it a plot to blackmail him, he said that he had also filed a complaint with the police in November.