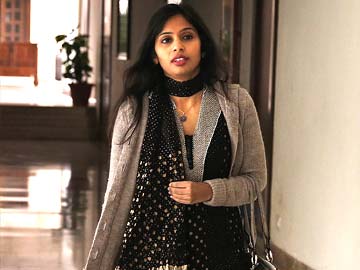 New Delhi: Stung by the India-US row over diplomat Devyani Khobragade and her help Sangeeta Richard, sources say the Foreign Ministry is now pushing the Finance Ministry to change the status of domestic workers who go to the US with Indian envoys.

Several Indian diplomats in the US are worried that the Americans will now act against them since their domestic helps also come on A3 visa like Ms Richards. The visa subjects them to US laws.

There are, according to sources, around 14 such 'ticking time bombs' in the US right now.

If the Foreign Ministry changes their status to Indian staffers, they will come under Indian law. The proposal requires clearance by the Finance Ministry.

Sources say some Indian diplomats may send back their domestic helps if the proposal is not cleared in the next few days.

Promoted
Listen to the latest songs, only on JioSaavn.com
Meanwhile, Ms Khobragade has moved a federal court in New York to dismiss the visa fraud case against her, saying there is lack of personal jurisdiction since she had been accorded full diplomatic immunity by the US Department of State. (Read)

Arrested on December 12, the 39-year-old diplomat was allegedly strip-searched and held with criminals, triggering a row between the two countries with India retaliating by downgrading privileges of certain category of US diplomats among other steps.