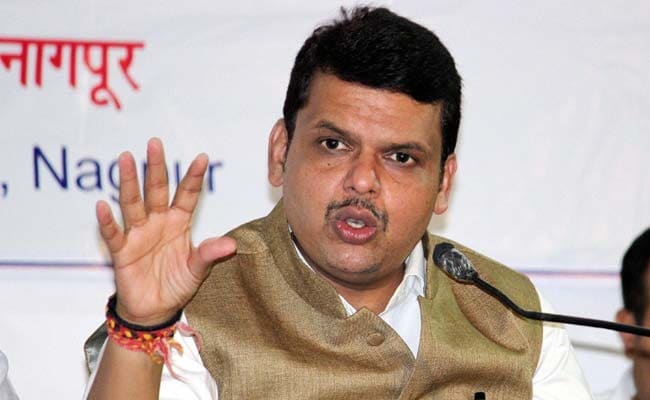 Mumbai: The Congress today described the proposed three-day tour of Maharashtra Chief Minister Devendra Fadnavis to drought-hit Marathwada region from September 1, as a "farce" and said instead his government should announce concrete steps like farm loans waiver.

"People might say that it is better late than never, but he should announce some quick decisions like loan waiver," Mr Chavan said.

Union Agriculture Minister Radha Mohan Singh visited the state twice, a Central team toured the area thrice and now Mr Fadnavis is also going on his tour, Mr Chavan said, adding that instead of such a "farce", his government should announce concrete steps.

"The situation in rural areas is explosive because of acute water scarcity and drought like conditions. We have been touring drought hit areas for the last few days. At none of these places, have farmers loans been rescheduled," he said.

Union Agriculture Minister Radha Mohan Singh had announced a Rs 25,000 compensation per hectare for hailstorm affected farmers during his visit on April 1, 2015, he said.

"However, his assurance was an April Fool's Day joke because the farmers are yet to get any compensation," he claimed.

Mr Chavan described the Modi government's decision to allow the Land Acquisition Ordinance to lapse as a "victory of the leadership of Sonia Gandhi and Rahul Gandhi".

Mr Chavan said that All Indian Congress Committee (AICC) president Sonia Gandhi and party vice-president Rahul Gandhi had rallied opposition parties in the country against the Land Acquisition Ordinance and led the agitation from the front.

"The BJP government has retreated with an eye on the Bihar assembly polls. It is a victory for the Congress which was in the forefront in building public opinion against the Land Acquisition Ordinance," Mr Chavan said.

He said that there was tremendous unrest among farmers against the Land Acquisition Ordinance and finally the Modi Government had to bow down before the wishes of the people.

Replying to a question about Union Minister Nitin Gadkari's statement that the government had exposed the Congress's anti-development face, Mr Chavan said that the Centre is patting its own back after its retreat on the Land Acquisition Ordinance.

Mr Chavan said that reports that the Maharashtra government plans to lift reservation of tribal (adivasi) land, is "shocking".

"There are reports that the Maharashtra government plans to lift reservation of adivasi land. Who will benefit from this decision except corporators and real estate developers?

The Congress will oppose this move tooth and nail. We will fight to preserve adivasi land reservation," he said.

Mr Chavan described the murder of Kannada writer M M Kalburgi in Dharwad as "shocking", especially since it happened after the murders of Narendra Dabholkar and Govind Pansare.