Devendra Fadnavis, who until this morning headed a BJP-NCP coalition, quit an hour after his deputy Ajit Pawar. 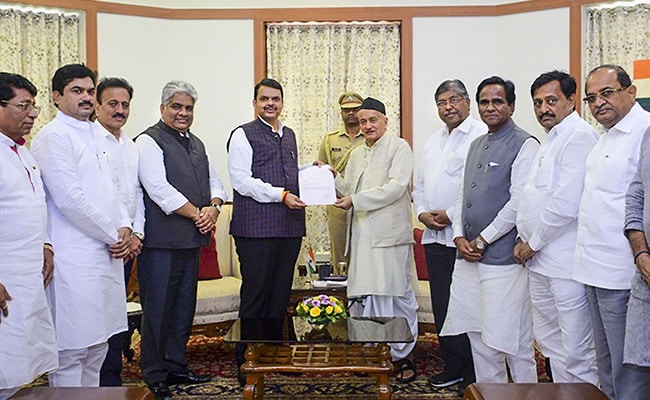 Devendra Fadnavis's resignation comes a day before his government was to face a floor test.

Devendra Fadnavis on Tuesday changed his Twitter bio from "Chief Minister" to "Caretaker Chief Minister" soon after submitting his resignation to Maharashtra Governor BS Koshyari. The BJP leader has resigned twice and updated his bio thrice in the last 20 days.

Mr Fadnavis, who until this morning headed a BJP-NCP coalition, quit an hour after his deputy Ajit Pawar. Their resignations come a day before their government was to face a floor test, ordered this morning by the Supreme Court.

"We realised we don't have the numbers and we don't want to indulge in horse trading. Looking at the current scenario, I also resign as the Chief Minister of Maharashtra," said Devendra Fadnavis at a press conference.

"Ajit Pawar had a letter of support, but then things changed. We don't have majority after Ajit Pawar's resignation as Deputy Chief Minister," he said.

On November 13, as the Shiv Sena was believed to be in talks with the NCP-Congress combine, Mr Fadnavis updated his bio calling himself "Maharashtra's Sevak".

Devendra Fadnavis and Ajit Pawar had taken oath in a surprise early morning swearing-in ceremony on Saturday which the opposition parties dubbed as a "coup". Soon after, Mr Pawar had announced that all NCP MLAs including his uncle Sharad Pawar were with him in supporting a "stable" government. He was proved wrong several times over the past four days.