The DG said taking into consideration "a very serious" and recent incident when a jawan was hacked to death by a Pakistani border action team (BAT) along the IB in Jammu, the force is now undertaking a "scientific" analysis of all such incidents that took place. 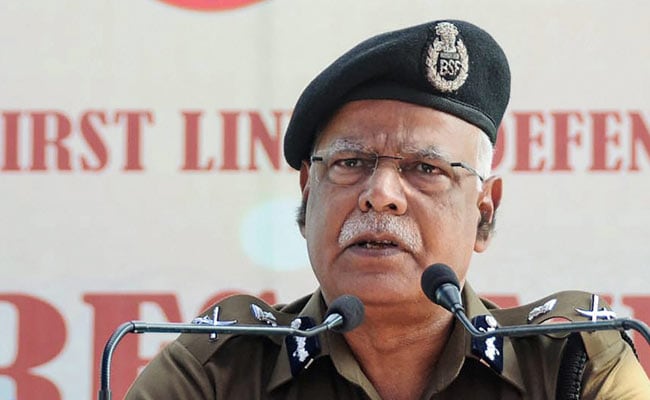 The DG said the force undertakes "routine" ground analysis of the demographics of the area.

The Border Security Force, that guards the Indian frontier with Pakistan, said Friday it has indigenuously developed bullet-proof bunkers to protect its troops against fatal sniper fire and has "surgically" targeted enemy posts in the recent past causing heavy losses on the other side.

A senior BSF official said the force is also undertaking a ground analysis and survey of the demographic and economic profile of villages on the western front as part of a "routine exercise" to map the area and keep the government informed about the changes in forward areas along Pakistan.

BSF Director General Rajni Kant Mishra told reporters that after several infiltration attempts, sniping and unprovoked cross-border firing incidents this year became a "regular affair" along the Indo-Pak international border in Jammu, the force carried out a "comprehensive retaliation plan" to rein in this "misadventure" of the opponent.

"BSF responded in a targeted and deliberate manner as a result of which the Rangers (Pakistan's border guarding troops) were pinned down and confined to their posts.Unable to contain the BSF assault, the Rangers were forced to open the entire front and a heavy exchange of fire started on the entire IB. BSF surgically targeted Pakistan posts in retaliatory firing which resulted in heavy losses to the adversary," the DG said on the eve of the forces' 54th raising day.

The DG said taking into consideration "a very serious" and recent incident when a jawan was hacked to death by a Pakistani border action team (BAT) along the IB in Jammu, the force is now undertaking a "scientific" analysis of all such incidents that took place in the past five years along this border.

"We will come out with suggestions by which these actions or incidents can be prevented and if it requires to undertake some civil, mechanical or operational work, we will do that," he said.

As part of protecting their men from enemy sharpshooters who fatally snipe BSF jawans, the DG said, the force has developed in-house bullet-proof sentry bunkers which are expected to better protect troopers guarding the border posts.

"We have demonstrated this new gadget before the Union home minister (Rajnath Singh) when he recently went to Jaisalmer and we will soon replicate it on other border fronts including in Jammu. This has been developed in-house by the BSF," he said.

A senior official later told PTI that the new bunker is armour plated, has a periscope mounted on the top for wide vision and and can accommodate four on-duty jawans at a time at the border post.

A number of BSF men have been killed in sniping attacks in the past after they were hit right on their face or temple, giving them no chance to duck or retaliate.

The DG said the force undertakes "routine" ground analysis of the demographic and economic profile of the area and their intelligence and other operational teams "keep observing" activities along the Indo-Pak border.

Asked if the force recently conducted a study in Rajasthan's border town of Jaisalmer and reported that the population of Muslims was increasing, the DG said he was "not aware" of any such study or report.

"No concern has been raised in any quarter. We conduct routine analysis on the ground, that includes figures of the demography, and submit it to the government. That is our mandate," Mr Mishra said.

Talking to the media on a number of issues, the DG said while they dish out "heavy damage" to the other side when provoked, it will be "very difficult to quantify" the estimate of damage on the Pakistani side.

Mr Mishra, a 1984-batch Indian Police Service officer, said the two pilot projects of deploying tech-based 'smart fences' in Jammu is working to their "satisfaction" and that the progress of getting good results from them to check infiltration has been "substantial."

"The data collected from the pilot projects in Jammu is being audited by technical experts so that we can fine tune the gadgets to get effective results," the DG said.

A similar sensor-based 'smart fence' is expected to come up along the eastern frontier with Bangladesh within the next 1-2 months, he said.

This 'smart fence' will be on a 60-km stretch in Assam's Dhubri and it will help the BSF in checking infiltration, illegal cross-over of Bangladeshi migrants, terrorist elements and also smuggling of cattle.

The BSF was raised on December 1, 1965 and it is primarily tasked to guard the the country's 6,386-km-long borders with Pakistan and Bangladesh.