"Our basic rights as MPs were taken away. That was the last straw. What they did was a straight fascist methodology to demolish Indian democracy," Derek O'Brien said. 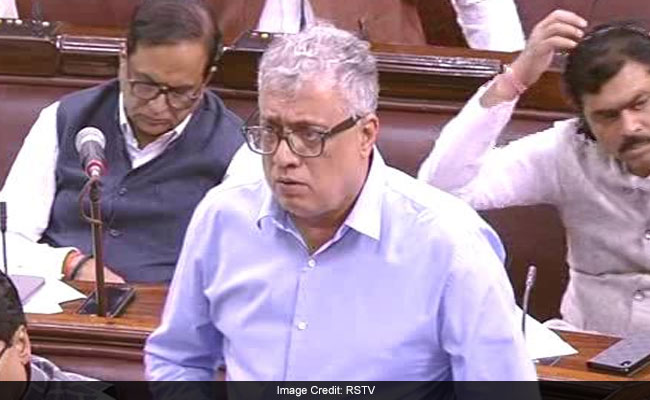 Derek O'Brien said, "I have never seen the very back of Indian democracy being broken like this."

Indicating that the Opposition pressure on the government over the farm bills was far from over, TMC MP Derek O'Brien on Tuesday said his party along with other regional parties will spread the message of how these bills "cheat" farmers, across the country.

Briefing reporters hours after an overnight protest by eight suspended MPs came to an end, Derek O'Brien said what happened in Rajya Sabha on Sunday was "undemocratic" and "against the idea of India".

"Our basic rights as MPs were taken away. That was the last straw. What they did was a straight fascist methodology to demolish Indian democracy. They are trying to rewrite the idea of democracy. The bills were not scrutinised, they are anti-people and anti-farmer," alleged Mr O'Brien, who was among the eight MPs to be suspended.

While the eight MPs held a sit-in protest in Parliament premises, the Opposition parties boycotted both the Houses over the issue.

"I've been in politics now with the AITC for about 17 years. I have never seen the very back of Indian democracy being broken like this. Now, let me come to the core issue. This is not about some puppet, Deputy Chairman sitting there or somebody sitting there. It's a straight fascist, farmer bill's politics. We have never, ever seen Parliament in this situation."

"We will not sit down and allow the country, its people and the farmers be cheated. Over the next two days, all regional political parties, I use the word regional loosely to mean parties with considerable presence in a region, will reach out to every town, every village to spread this message," he said.

Speaking on the gesture of the Deputy Chairman Harivansh Singh carrying morning tea for the protesting MPs on Tuesday, the TMC leader indicated that it was just optics.

"The farmers want justice not tea. Is this child's play? First you murder democracy and then you offer tea? If it was a personal visit, then why did he have two cameras with him?" asked O'Brien.

He also said that the Opposition parties are set to meet on Wednesday at 11 am to strategise their next course of action in Parliament.

Replying to a question on the numbers that the government had in Rajya Sabha to pass the bills, O'Brien questioned the BJP why it needed to field five union ministers to defend what happened in Parliament on Sunday.

"Five union ministers used the government machinery to defend the murder of democracy," he said.

The TMC MP also pointed out that while half a dozen bills were passed in Rajya Sabha on Tuesday, four of the eight MPs had resolutions on motions against them.

"You can suspend us. You cannot silence us," he asserted.