The Rohingyas are a security problem, the Centre said today, submitting an affidavit or written submission before the Supreme Court on the thousands of Rohingya Muslims who fled violence in Myanmar's Rakhine region and settled in India. 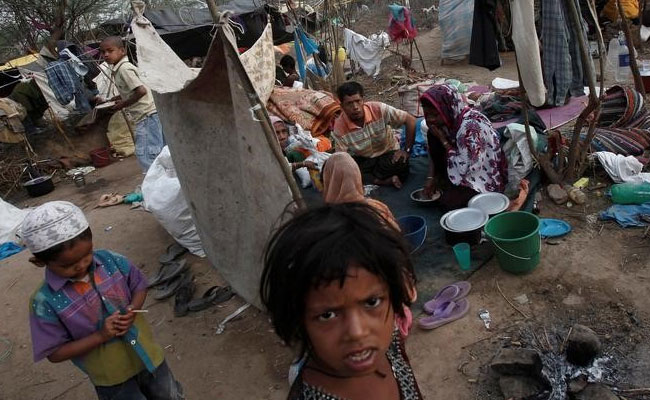 Rohingya Crisis: Around 40,000 Rohingyas, who have fled from Myanmar, have settled in India.

New Delhi: Deporting Rohingyas is an "executive policy decision" and the Supreme Court must not interfere, the centre said today, emphasizing in a written submission that the refugees from Myanmar are a "very serious and potential threat to national security". The Rohingyas are "indulging in anti-national activities" and channeling laundered money, the government said in its affidavit on a petition by two men challenging deportation by India. Home Minister Rajnath Singh later said the final call on the future of Rohingyas would be taken by the court.

Rape Survivor In Hospital After Set On Fire In Rajasthan: Police