The parents of nine-year-old Afroz said they requested for an ambulance from district hospital in Shahjahanpur to take him to take him to another hospital, but were denied any facility. 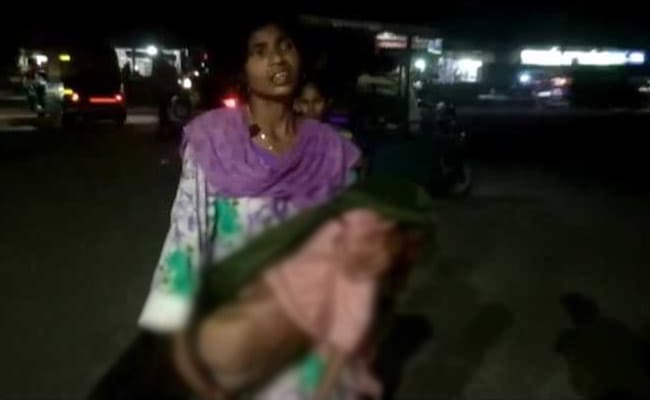 The boy's mother said he died while they were on the way home.

Afroz was brought to the district hospital in Shahjahanpur with high fever, where he was referred to Lucknow for special treatment.

"He was suffering from fever and we gave him some medicines. After his condition worsened, we got him admitted in Shahjahanpur district hospital. The doctors told us to go somewhere else saying there were no facilities available in this hopsital," Afroz's mother told news agency ANI.

"We told the ambulance driver and other staff to take all the money we have but they refused to provide us with the facility. There were three ambulances parked in the premises. I do not know why we were denied one," Afroz's father said.

Unable to afford a private cab, Afroz's parents began walking carrying their child. The boy's mother said he died on the way home.

The Medical Officer at trauma centre and emergency, however, denied the claims made by the couple.

"A child named Afroz came to the hospital at 8:10 pm. His condition was not well, so we directed the parents to take him to Lucknow for special treatment. They scoffed saying they will take him wherever they wish and left with him," said emergency medical officer Anurag Parashar.

"He died on the way, they didn't return," he added.