Deliver 35 Buckets of Water a Day or Die: Gang's Threat to Villagers 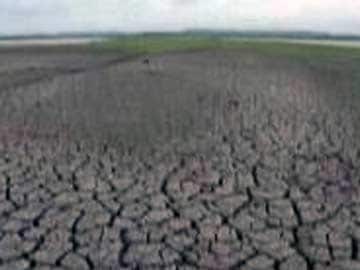 Lucknow: Armed bandits are threatening villagers with death unless they deliver 35 buckets of water each day in northern India, where water is scarce thanks to an ongoing drought and a poor supply.

So far, 28 villages have been obeying the order, taking turns to deliver what the bandits are calling a daily "water tax," police said.

"Water itself is very scarce in this region. Villagers can hardly meet their demand," officer Suresh Kumar Singh said from Banda, a city on the southern border of Uttar Pradesh.

The area is cut off from supply lines, leaving the bandits reliant on surrounding villages. Since 2007, it has been starved for rain, with the yearly monsoon bringing only half the usual number of 52 rainy days a year. "A few bandits are still active in the ravines," Mr Singh said. "They ask for water, food and shelter from the villages."

Afraid of the bandits, who are from the Balkhariya gang, villagers last Wednesday began hauling water - sometimes four kilometers (2.5 miles) - into the unruly region where the gang is believed to have hideouts, said Bagwat Prasad, from the local charity group that works on water and sanitation issues.

"Any request from Balkhariya gang members is an order," Mr Prasad said. "No one can dare to say no."

Though the number of bandits has declined drastically in recent decades, India's bandit tradition, which began more than 800 years ago, has continued in the hard-to-reach forests and mountains of the Bundelkhand region.

Promoted
Listen to the latest songs, only on JioSaavn.com
But while the bandits were once admired as caste warlords with a touch of Robin Hood about them, as they fought to protest feudal orders or to avenge personal wrongs, today's bandits are considered mostly opportunistic thugs seeking personal wealth and power.

Small lakes and streams have dried up, and the bandits are reluctant to risk running into police by leaving the area to fetch water supplies. India has set a $4,200 reward  (around Rs 2,52,000) for information leading to the gang leader's arrest on charges of murder, looting and kidnapping.