Delhi weather news: The Met office has forecast light to moderate rainfall over most parts of northwest India till Saturday 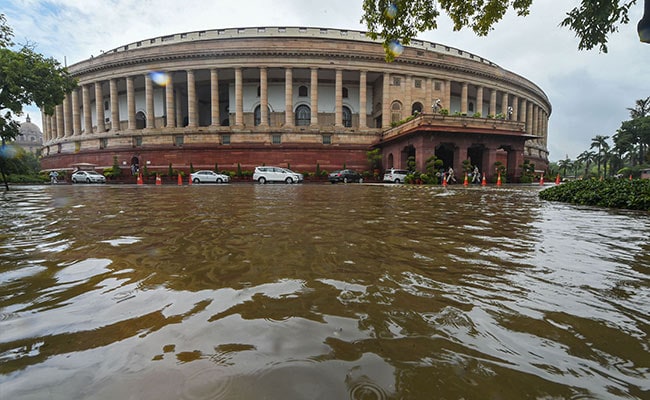 After a three-week lull in the monsoon, two successive spells of heavy showers helped cut the rain deficit by more than half in Delhi. The national capital has already recorded 50 per cent more rainfall than the normal in July, the India Meteorological Department (IMD) said on Thursday.

The Met office has forecast light to moderate rainfall over most parts of northwest India till Saturday and the intensity and distribution are very likely to increase later due to southward shift of the monsoon trough.

The deficiency, in rainfall in Delhi, between June 1 and July 20 was 43 per cent, according to the weather bureau and now it is only 16 per cent. The city received this season's first heavy showers on Sunday, which submerged low-lying areas in waist-deep water. Safdarjung, Ridge and Lodhi Road weather stations recorded 75, 86 and 81 mm of rainfall. At least four people died in rain-related incidents.

Heavy rain drenched the city again on Wednesday, inundating many areas and causing traffic chaos. There was water-logging in Gurgaon and Faridabad in the national capital region as well.

The monsoon reached Delhi on June 25, two days earlier than the usual date of arrival. Despite that, rainfall remained subdued in the city. According to weather experts, this was due to the absence of a strong supportive weather system such as moisture-laden easterly winds from the Bay of Bengal.