Mumbai Airport Among Least Punctual Airports In The World: Study 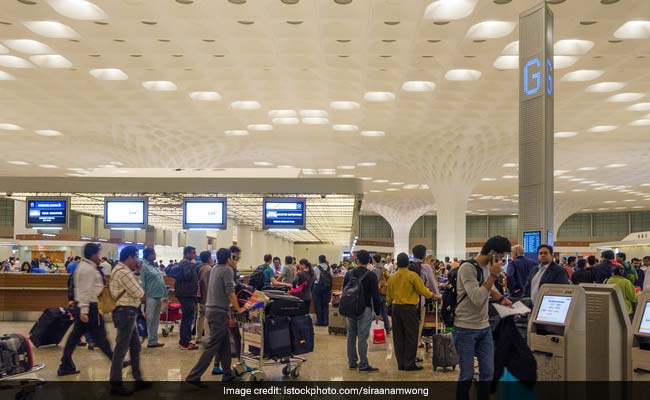 The IGI airport in Delhi, the 16th busiest in the world, ranked poorly in flight punctuality, securing the 451st position among the 513 airports worldwide, according to a study conducted by OAG, a global leader in providing flight information.

The Chhatrapati Shivaji International Airport in Mumbai, the second busiest in the country, fared much worse in flight punctuality as it was ranked fifth least punctual airport in the world, just ahead of airports such as Jakarta Soekarno-Hatta Airport in Indonesia and Islamabad airport in Pakistan, the study said.

None of the major Indian airports figured among the top 200 in 'on-time performance' (OTP), but the small Port Blair airport in the Andaman and Nicobar Islands got the worldwide rank of 65, thanks to its punctuality rate of 84.6 percent, it said.

The 'on-time performance' for Delhi stood at 70.7 per cent in comparison to Nagoya Komaki Airport in Japan which topped the global ranking list with an OTP rate of 94.5 percent. The OTP for Mumbai was 60 per cent.

The Hyderabad airport was ranked 246, Bengaluru airport 262 and Kolkata 270, the study said.

The OAG study had a reference period of about one year between June 2017 to May 2018 and focussed on delays arising out of arrivals. It covered the OTP of airlines as well, giving Air India a low 131st position among the 137 airlines worldwide.

An official in the Civil Aviation Ministry said infrastructure constraints have been a major issue at big airports such as Delhi and Mumbai, compromising with the punctuality level to some extent.

But he felt that the situation could improve significantly once the proposed airports in the National Capital Region and in Navi Mumbai start functioning in the next four to five years.

A closer look at the monthly data provided by the Directorate General of Civil Aviation (DGCA) suggested that more than 60 percent of the flight delays were reactionary in nature, meaning late arrival of incoming flights.

During May, air traffic control-related issues were also responsible for 13 percent of flight delays. Airport-related issues led to nine percent of the flight getting delayed while technical reasons led to four percent delays.

The Port Blair airport, with an OTP of 84.6 percent, got a four-star rating while the Delhi airport got a two-star in the OAG-conducted study. the Mumbai airport was given a poor one-star rating.

Regarding the OTP of airlines worldwide, the study put Air India at the 131st place out of 137 airlines with a punctuality rate of 58.4 percent. Pakistan International Airlines got the 126st rank with an OTP of 59.7 percent. IndiGo was adjudged the best for on-time performance among Indian carriers, bagging the 33rd place with an OTP of 82 percent.