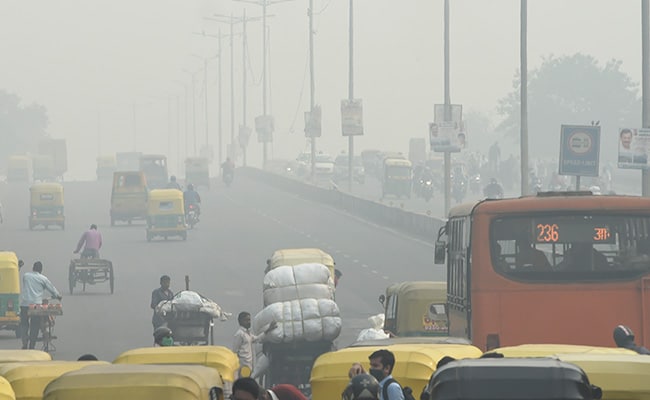 "The air quality is likely to be recorded in the upper end of the ''very poor'' category on Diwali if we discount firecrackers emissions. If people burst crackers, pollution levels can increase to ''severe'' to ''severe plus'' category (emergency)," he said.

The National Green Tribunal (NGT) on Monday imposed a total ban on the sale or use of all kinds of firecrackers in the National Capital Region (NCR) from November 9 midnight to November 30 midnight, saying "celebration by crackers is for happiness and not to celebrate deaths and diseases".

An official said the newly-constituted Commission for Air Quality Management in National Capital Region and Adjoining Areas is likely to hold a review meeting on Monday considering the situation.

PM10 levels are considered in the "severe plus" category if their concentration is more than 500 microgram per cubic meter, according to the Graded Response Action Plan for Delhi-NCR notified by the Ministry of Environment and Forests in 2017. 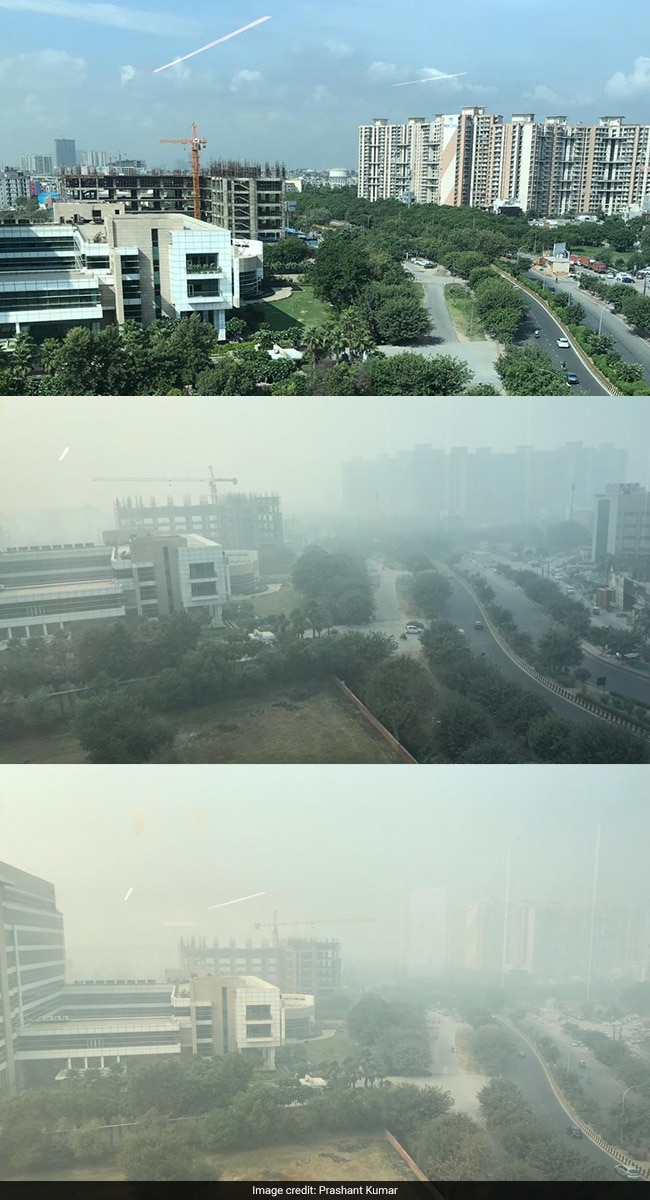 The view from an office in Delhi's neighbouring Noida (Sector 73) on September 23, November 4 and November 9 (top to bottom)

According to the India Meteorological Department (IMD), the wind speed was 3 to 4 kilometres per hour in the morning and the minimum temperature of 10 degrees Celsius. Calm winds and low temperatures trap pollutants close to the ground, while favourable wind speed helps in their dispersion.

There was shallow to moderate fog in the morning which led to smog. It reduced visibility to 600 meters at the Safdarjung Observatory, Kuldeep Srivastava, the head of the IMD''s regional forecasting centre, said.

He said the situation is likely to continue till November 15 as the wind speed is not expected to pick up significantly.

"The farm fire count over Punjab remains very high which is likely to impact the air quality of Delhi-NCR and other parts of northwest India," it said.

The Ministry of Earth Sciences' air quality monitor, SAFAR, said surface winds have become calm and are predicted to remain so for the next two days.

"This is a major factor due to which no quick recovery is expected unless a drastic reduction in fire counts takes place," it said.

SAFAR said the share of stubble burning in Delhi's PM2.5 pollution was 29 percent on Sunday.

It was 42 percent on Thursday, the maximum this season so far.