With No Income Due To COVID, Delhi Teacher Resorts To Selling Vegetables

Wazir Singh, an English teacher in Sarvodaya Bal Vidyalaya has been selling the vegetables in the respite of the financial crisis he has been facing after the schools shut down due to COVID-19. 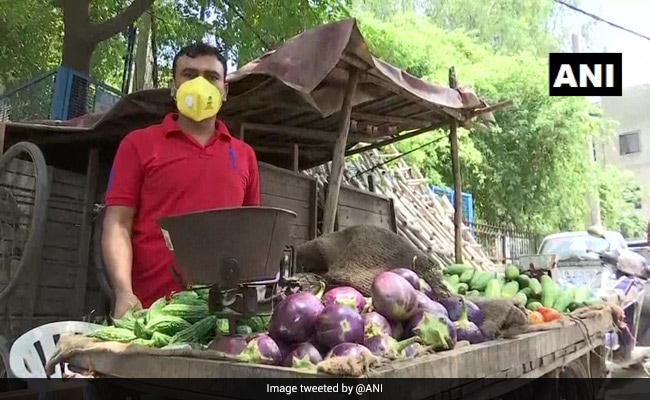 Wazir Singh has a Masters's and B.Ed degrees in English is the sole bread earner

A contractual teacher of a Delhi school, who allegedly has not been paid for nearly last two months, is selling vegetables in the national capital amid the lockdown.

Wazir Singh, an English teacher in Sarvodaya Bal Vidyalaya has been selling the vegetables in the respite of the financial crisis he has been facing after the schools shut down due to COVID-19 lockdown and with no income since May 8.

Mr Singh said to ANI, "After the Delhi government's order for the contractual teacher to pay us till May 8, I am unemployed. I was forced to sell the vegetables even after they assured us of our jobs."

According to Delhi government, all the guest teachers shall be paid up to May 8, 2020, and in summer vacations only if they are called for duties," read the order dated May 5.

In a family of six, Mr Singh, who has a Masters's and B.Ed degrees in English is the sole bread earner. His parents are suffering from some ailment while his siblings are unemployed. He was forced to resort to selling food to ensure he could provide for his family.

Although the pandemic has left many unemployed, Mr Singh said, "If we look at the Disaster Management Act, the employer can not expel the employee during a disaster and as we are facing this giant pandemic, I am experiencing the same."

"We are called for work and expelled from the same from time to time. Whenever there is new recruitment, transfer, or promotion, we are relieved from our duties. Every day, we live with the fear of losing our jobs. In a way, it is very humiliating," Mr Singh said.

"The contractual teachers are paid only for working days. A lecturer is paid Rs 1,445 per day whereas a TGT is paid 1,403 per day," he added.

In the hope of relief from the government, Mr Singh requests for job security. He said, "I urge to the government that they should secure our jobs with the revised policy. They can reduce our salaries to Rs 15,000 but we need a secure job and not live with the fear of losing our jobs during promotions, transfers and new recruitments.