Delhi Weather Update: The meteorological department today issued an Orange alert for Delhi for very heavy rainfall in parts of the city. Know all about Delhi rain forecast 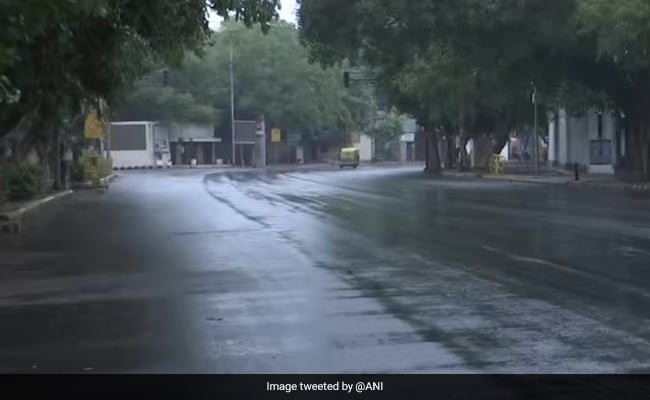 Delhi rain forecast: An 'Orange' alert for very heavy rain has been issued by the weather office for the national capital on Wednesday. There is "possibility of heavy to very heavy rainfall at isolated places" due to the weakened cyclonic storm Tauktae and a Western Disturbance, the India Meteorological Department said in its latest weather bulletin for Delhi. Strong winds with gusting up to 60 kilometers per hour are also expected, according to the IMD.

In an impact-based advisory, the IMD predicted waterlogging in low-lying areas, traffic disruption and uprooting of small plants.

The Depression (remnant of the Extremely Severe Cyclonic Storm “Tauktae” ) over south Rajasthan and adjoining Gujarat region moved northeastwards with a speed of about 16 kmph during past 06 hours, and lay centred at 0830 hours IST of today over southeast Rajasthan and nbd. pic.twitter.com/BYyYw8wR7r

Delhi and its reighbouring areas today received light to moderate rainfall and gusty winds. The rainfall activity is likely to decrease on Thursday, according to the weather office. In the last 24 hours, ending at 8:30 am, the Delhi registered 1.8 mm rainfall.

The maximum temperature in the city came down to a little over 30 degrees Celsius due to the rain and strong winds. This is the lowest in the month of May in four years, according to the IMD data.