The weather in Delhi is expected to witness intense spells of rain and thundershowers with isolated hailstorm for the next two days. 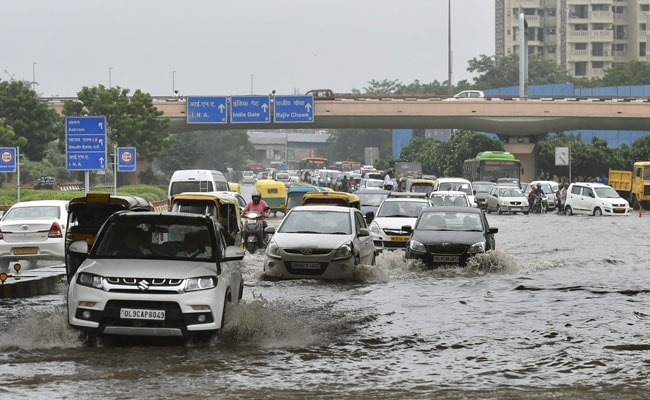 Rain and thundershowers in Delhi are expected to continue till later in the night.

Residents in Delhi and nearby areas continue to witness drizzles, light showers on this evening, which brought down the temperature slightly.

The rain were accompanied by thunder and lightning. Even though there are no reports of hailstorm, the Met office has predicted the possibility of scattered hailstorms later in the evening.

"The sky will remain generally cloudy. A few spells of intense rain can be expected along with hailstorm in some areas. The overcast conditions will remain till Friday," India Meteorological Department (IMD) said.

Light rain or thundershowers are expected to continue till later in the night. At least 14 Delhi-bound trains were delayed because of low visibility caused by dense fog.

The capital is expected to witness intense spells of rain and thundershowers with isolated hailstorm for the next two days. "Light scattered rains are expected to continue over the national capital region till February 15. By February 16, the weather systems will move towards east India giving rain in Uttar Pradesh," said Skymet, a private weather forecasting agency.

The overall air quality in the national capital was in the "very poor" category on Thursday despite thunderstorm and rains in several parts of the city, authorities said.

They said the air quality is expected improve on Friday. According to data provided by the Central Pollution Control Board (CPCB), the overall air quality index (AQI) of Delhi was at 335.