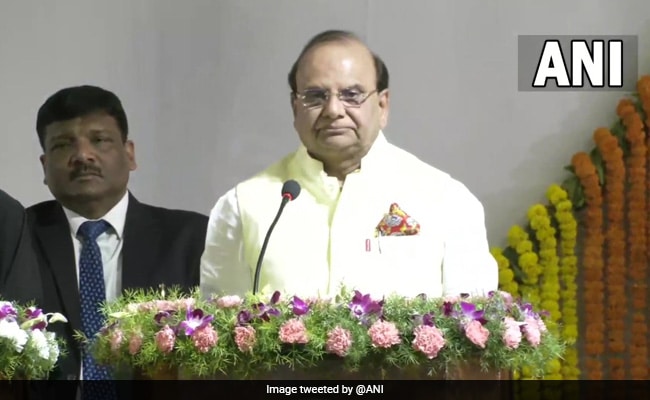 Delhi's Lieutenant-Governor VK Saxena has sent a legal notice to the Aam Aadmi Party and its five leaders, accusing them of libel, over the party's corruption allegations against him.  The party and these leaders, the notice said, have unleashed a vilification campaign against the Lieutenant Governor. Atishi, Durgesh Pathak, Saurabh Bhardwaj, Sanjay Singh and Jasmine Shah have been asked to remove all the derogatory material from social media accounts and elsewhere and issue an apology within 48 hours, in absence of which further legal action will be taken, the notice read.

AAP responded by questioning why Mr Saxena is "scared" of investigation.

"If he has done no wrong, why is he so scared of CBI raid and investigation? Why does he not offer himself for independent enquiry? He should stop threatening people. He has done so much corruption in KVIC that now he is trying to stop its exposure by threatening people. But he cannot silence our voice. We will keep raising our voice against corruption. We have zero tolerance against corruption," read a statement issued by the party.

AAP's action, the LG's notice said, was prompted by "vendetta" over Mr Saxena's administrative decisions. "The timing of this vilification campaign appears to be strategic as it coincides with the events, due to take place, in the courts of law and in the political arena," the notice added.

As examples, it cited the LG's action regarding the AAP government's liquor policy, corruption in the construction of classrooms in schools, and "consistent and repeated refusal" by Chief Minister Arvind Kejriwal to sign files sent by Mr Saxena on administrative issues.

Mr Saxena had warned AAP that he will sue the party and its leaders for defamation.

AAP responded by accusing him of misusing his position as the KVIC chairman to award a contract for interior designing of a Khadi lounge in Mumbai to his daughter.

The party had even demanded that legal proceedings be started against Mr Saxena and Prime Minister Narendra Modi sack him "immediately".

Mr Saxena's office had responded that the work was done free of cost by his daughter, who is an interior designer. "There was no tender for the design, and no one got the tender and instead, lakhs of rupees of KVIC were saved," the Raj Niwas had tweeted.

In a series of tweets, Mr Saxena had also accused Mr Kejriwal of resorting to "diversionary tactics and false accusations" against him.

The relation between AAP and the Lieutenant Governor, who took charge in May, had started on a stormy note, with Mr Saxena refusing to give clearance for the Singapore visit to Mr Kejriwal.

In July, Mr Saxena had recommended a probe by the Central Bureau of Investigation into alleged irregularities in the implementation of the Excise Policy.