The number of tests should always remain at least 10 per cent less than the capacity of the lab to ensure timely results, the Delhi Health Minister said. 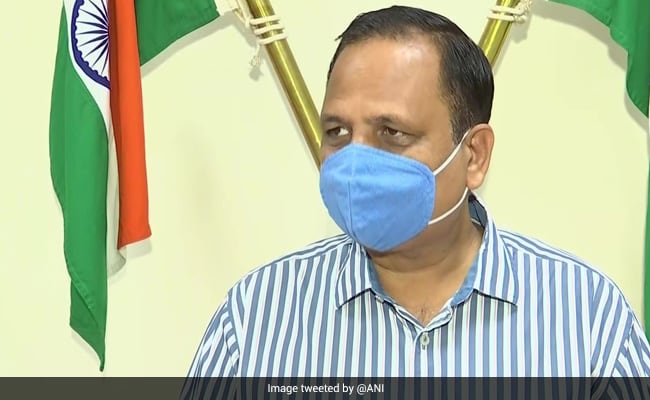 The issue of delay is being taken up with the centre and the ICMR: Satyendar Jain

The Central government allotted laboratories are taking more than 24 hours in providing reports for the COVID-19 tests as they are working at their full capacity, Delhi Health Minister Satyendar Jain said on Tuesday.

"The turnaround period for results should be 24 hours. However, when the labs are functioning at full capacity... The Central government had promised that they will get the tests done by big labs. But these tests results are not being provided within 24 hours," the Minister told reporters.

He said that number of tests should always remain at least 10 per cent less than the capacity of the lab to ensure timely results.

"The issue of delay is being taken up with the centre and the Indian Council of Medical Research," the Minister added.

Speaking about the Union Ministry's announcement that tests in Delhi will be increased to 60,000 per day by November 30, he said that the testing can be increased anytime, but added that the labs are unable to process the reports on time.

"In the coming one or two weeks, the positivity rate will go down further. The death ratio is currently at 1.61 per cent. The condition of a lot of people worsened due to air pollution in November. The situation will soon improve," he added.

The Minister said that the cost of the RT-PCR test has been reduced to Rs 800 and Rs 1,200 if the sample is collected from home.

"Radicalisation Has To Be Controlled": Asaduddin Owaisi On Udaipur Murder