For healthcare workers, frontline workers and those over 45, Delhi government has Covaxin stocks for three days and Covishield stocks for two days 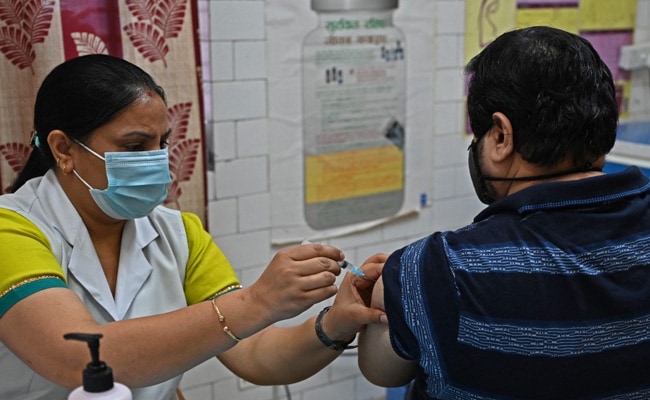 The short supply of Covaxin has forced the Delhi government to shut 140 vaccination centres, said Aam Aadmi Party (AAP) MLA Atishi on Friday as she urged the centre to ensure the vaccine's availability at the earliest.

In the vaccine bulletin released on Friday, the AAP MLA said the Delhi government currently has 3,46,200 doses of vaccine for the 18-44 years age group, including 6,210 doses of Covaxin. The Covishield doses, she said, would last eight days.

The Delhi government has stopped administering Covaxin shots to people under the age of 45 years owing to the shortage.

The bulletin said that as many as 1,23,188 people were vaccinated on Thursday, taking the total number of shots administered so far to 43,67,243.

For healthcare workers, frontline workers and those over 45, the Delhi government has Covaxin stocks to last three days and Covishield stocks for two days, the Kalkaji MLA said.

She said Delhi is among the areas worst-affected in the devastating second Covid wave in the country and hoped that the centre would ensure the availability of Covaxin soon. She also said many people need to be given the second shot of the vaccine.

Accusing the centre of controlling supply and "vaccine mismanagement", Delhi's Deputy Chief Minister Manish Sisodia alleged on Wednesday that Bharat Biotech has refused to supply Covaxin doses to Delhi "under instructions" from the centre.

Suchitra Ella, the co-founder of Bharat Biotech, has said they continue to work 24X7 and that it was "disheartening" to the teams to hear some states "complaining about our intentions".