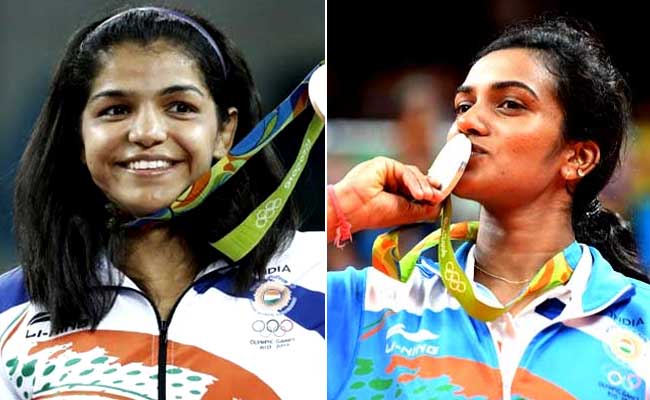 Deputy Chief Minister Manish Sisodia visited the parents of Ms Sakshi in Haryana's Rohtak in the morning and announced the award for both Olympians.

The official said that Mr Sisodia has also announced that Delhi government will also give Rs 4 crore each to those athletes who win gold medals in the Olympics.

Shuttler P V Sindhu won silver medal in badminton at Rio. She is the country's first-ever woman silver medallist in the Olympic Games.

On Wednesday, 23-year-old Ms Sakshi ended the country's wait for a medal at the Rio Olympic Games as she bagged the bronze medal in women's wrestling in the 58 kg category, pulling off a dramatic 8-5 victory in the play-off bout.