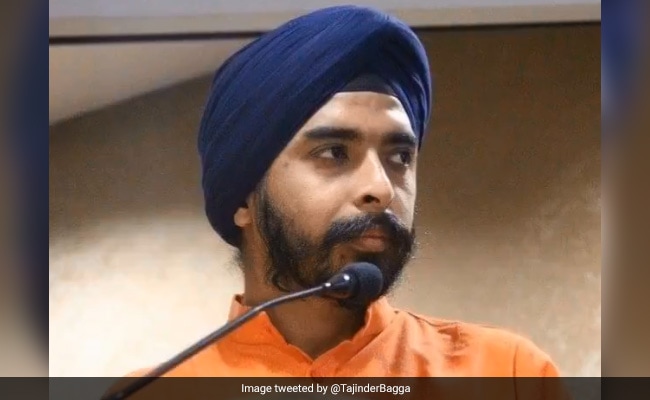 Tajinder Singh Bagga had threatened to launch a surgical strike on Shaheen Bagh.

Two BJP leaders accused of leading a vitriolic campaign against their political rivals in the run-up to Delhi assembly elections ended up losing from their respective constituencies when the votes were counted on Tuesday.

Tajinder Singh Bagga and Kapil Mishra have conceded defeat and congratulated their rival AAP candidates on their "overwhelming" victory. Only eight candidates from the BJP seemed likely to win seats in the 70-member state assembly until reports last came in, with AAP walking away with the rest.

Tajinder Singh Bagga lost to AAP's Raj Kumari Dhillon by a margin of over 20,000 votes in Delhi's Hari Nagar constituency, despite all his pre-electoral projections to the contrary. In the run-up to the polls, Tajinder Singh Bagga had joined other party colleagues in accusing the ruling Arvind Kejriwal government of supporting the anti-Citizenship Amendment Act protest at Shaheen Bagh and vowed to oust them the moment the BJP was elected to power in the national capital.

"Shaheen Bagh has become a den of treason. On February 11 (the day when votes for the Delhi elections are counted), we will carry out a surgical strike on Shaheen Bagh," the BJP leader had said in a tweet, also promising to not allow protests in Hari Nagar.

Tajinder Singh Bagga's campaign song -- "Bagga Bagga Har Jagah" -- had earned him a notice from the Election Commission too. The action was taken after the Media Certification and Monitoring Committee flagged the song as "suspected paid news" because the BJP candidate had uploaded it on his Twitter account without official approval.

Kapil Mishra also congratulated AAP after losing to the ruling party's Akhilesh Pati Tripathi in Model Town by a margin of over 11,000 votes. "I congratulate Kejriwal and AAP over their overwhelming victory in the elections. BJP workers put all their effort into fighting the elections, and I thank them for it. I also thank the people of Delhi. Our struggle will continue," he tweeted.

However, the BJP candidate's tone was markedly different in the run-up to the Lok Sabha elections. He frequently lashed out against the protesters at Shaheen Bagh, even landing a 48-hour campaign ban by terming it as an "entry point" for Pakistan. "Pakistan is entering through Shaheen Bagh and mini-Pakistans are being created in Delhi... Shaheen Bagh, Chand Bagh, Inderlok. The law is not followed here and Pakistani rioters are occupying the roads," he said in a tweet.

He had earlier compared the Delhi elections to an "India vs Pakistan" cricket match with the BJP playing the national team.

The BJP's campaign had hinged predominantly on painting Arvind Kejriwal as a supporter of the Shaheen Bagh protest, despite AAP terming it as a law-and-order issue that the centre-controlled Delhi police needs to handle. Uttar Pradesh Chief Minister Yogi Adityanath, one of the star campaigners for the BJP, even alleged that the AAP government was "feeding biryani" to the protesters at Shaheen Bagh.