Delhi election 2020: AAP leader Sanjay Singh said the BJP does not have any issue to raise in the Delhi assembly election 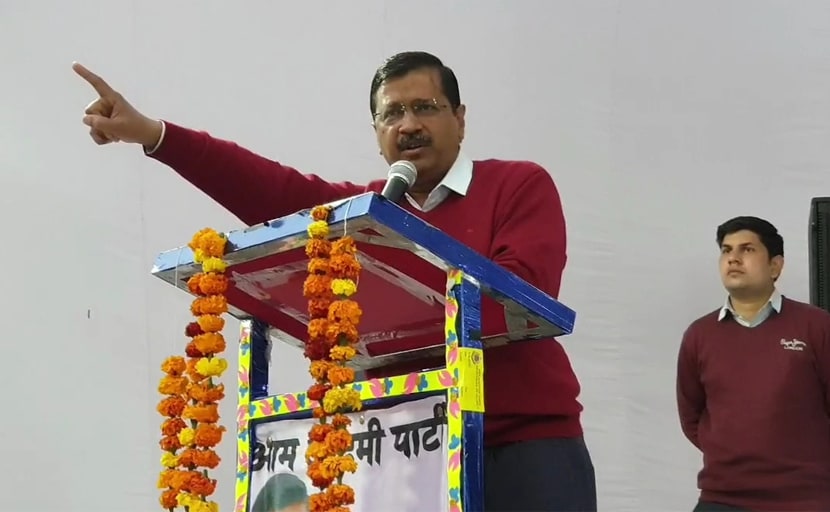 Delhi election 2020: Election in Delhi will be held on Saturday; counting is on February 11

The Aam Aadmi Party on Monday approached the Election Commission against BJP leaders, including Uttar Pradesh Chief Minster Yogi Adityanath and party MP Parvesh Sahib Singh, over their alleged objectionable remarks against Chief Minister Arvind Kejriwal and demanded a police case against them.

Talking to reporters after meeting Chief Election Commissioner Sunil Arora, AAP leader Sanjay Singh said the BJP does not have any issue to raise in the Delhi assembly election and alleged that the party is trying to defer the poll scheduled for February 8.

Mr Singh said it is necessary to take action against the BJP leaders who allegedly made objectionable statements.

"We met CEC and raised the issue of statements of several BJP leaders. BJP MP Parvesh Verma called the chief minister a terrorist. We also demanded action against UP Chief Minister Yogi Adityanath for his Pakistan remark against the Delhi CM (Arvind Kejriwal)," Mr Singh said.

"An FIR should be filed against those leaders who are openly violating the rules of Model Code of Conduct as the BJP does not have any issue in this election," Mr Singh said.

The Rajya Sabha MP said the CEC has assured the AAP delegation, which included party leader Pankaj Gupta, of strict action against BJP leaders on the party's complaint. "The BJP is trying to defer the upcoming Delhi assembly elections by vitiating the atmosphere," the AAP Rajya MP alleged.

Election in Delhi will be held on Saturday; counting is on February 11.

Earlier in the day, Union Minister Prakash Javadekar said Mr Kejriwal had called himself an "anarchist" and there is not much of a "difference between an anarchist and a terrorist". His comment came a few days after the Election Commission issued a show cause notice to BJP MP Parvesh Verma for allegedly calling Mr Kejriwal a "terrorist".